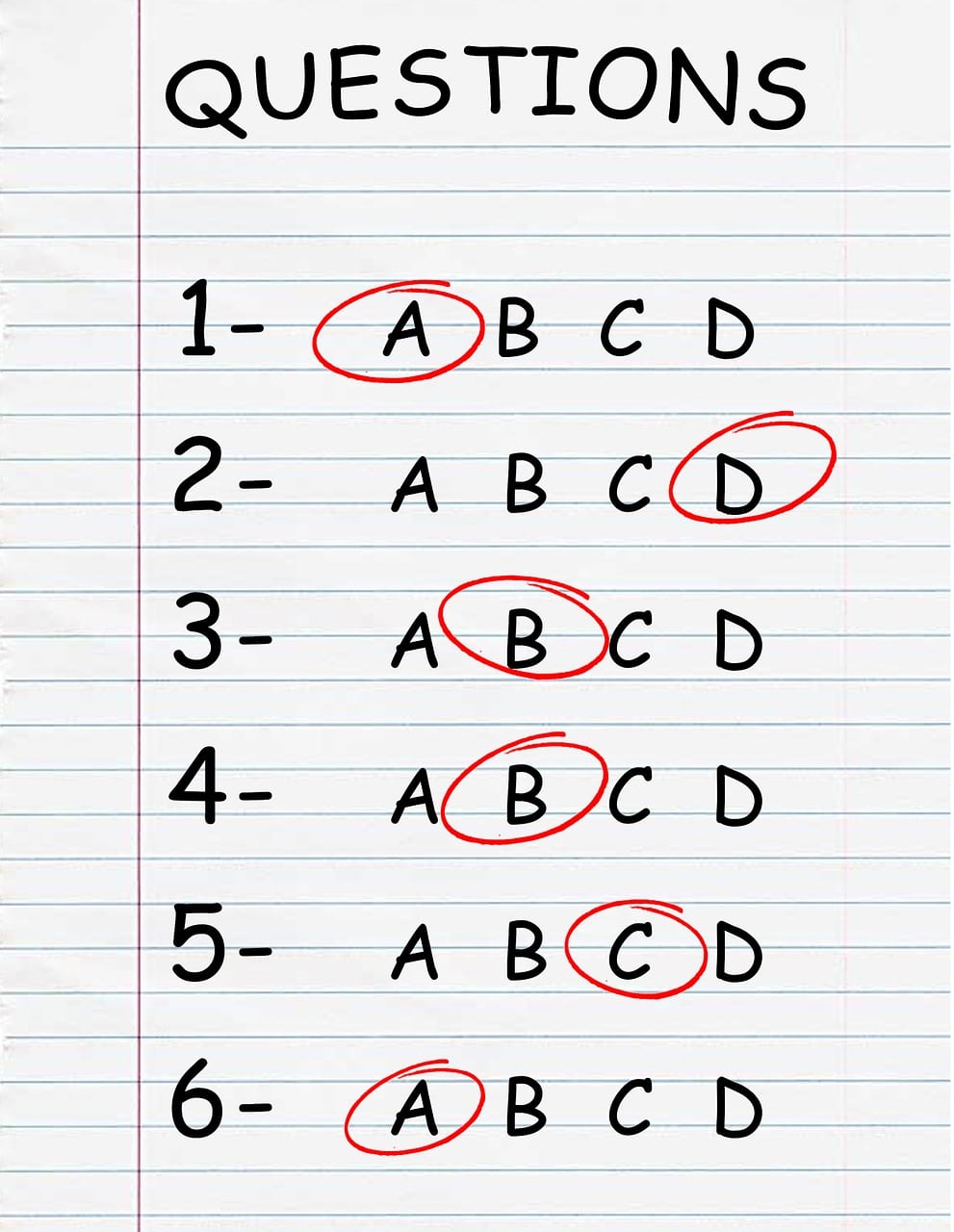 The Best Ways To Use Multiple Choice Exercises contains a number of intriguing ideas on how to use multiple-choice assessments.

Here’s a Twitter thread from this morning that contains a new one (new, at least, to me). I think it could be easily adapted to non-math assessments by having students explain in sentences, as well:

This is an interesting idea! It would cut down in cheating, although it would take quite a bit of work to unpack the distractors to determine the mistakes. And of course, multiple-choice questions would take longer to grade. #mtbos #iteachmath https://t.co/Gy6QDZnzCY

My seniors told me their other math teacher gives them partial credit on multiple choice questions if they visibly eliminate wrong choices. I've never thought of that, but I like it. #MTBoS

@teacher2teacher She said that if a question has, say, 5 choices, they need to cross off three of them, leaving them with a 50/50 shot of getting it right. Then they'll get half credit if they chose the wrong one. Nothing if they cross off too few or cross off the correct answer.

I did something similar in my chemistry class. The multiple-choice question was followed by a brief short answer asking them to explain their thinking. If they couldn’t, or if they’re thinking was erroneous, it changed with they were given for their correct mult-choice answer.

If they left the short answer blank, they were given no credit on the multiple-choice answer above it. If you can’t tell me why you chose something, then you are guessing. Even a wrong explanation tells me something, and that’s important.

“Certainty Based Marking (CBM) involves asking students… the answer [and] how certain they are that their answer is correct. [CBM] rewards accurate reporting of certainty & good discrimination between more & less reliable answers.” https://t.co/AzsT6ek6mx https://t.co/gG5pJDCFzl

What Would Your Ideal Classroom For English Language Learners Look Like?