Yup, When A School Sounds Too Good To Be True, It Probably Isn’t… 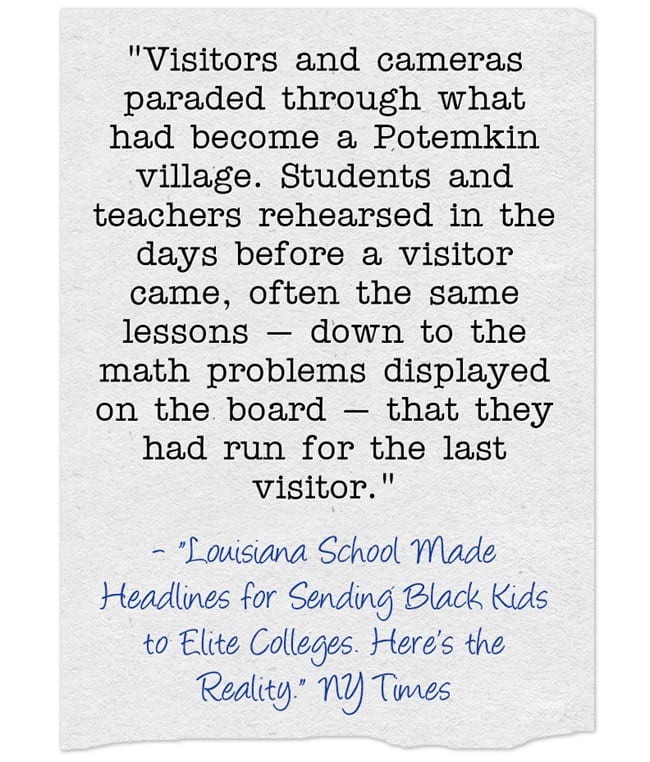 The media often falls for the stories of “miracle” schools, and probably the most recent “darling” was the Landry school, which has been the source of those viral videos of African-American students opening up acceptance letters from Ivy League schools.

Today, The New York Times revealed that it was all a sham.

If you haven’t read it already, you’ll want to check out Louisiana School Made Headlines for Sending Black Kids to Elite Colleges. Here’s the Reality.

It’s pretty long, and if you don’t have time to read it, The Times even created a shorter version: 6 Takeaways From the Times’s Investigation Into T.M. Landry

And they also published this video:

I’m adding this info to The Best Posts About Attrition Rates At So-Called “Miracle” Schools.