Depressing Statistic Of The Day: 15,000 Undocumented Children Held In “Shelters” 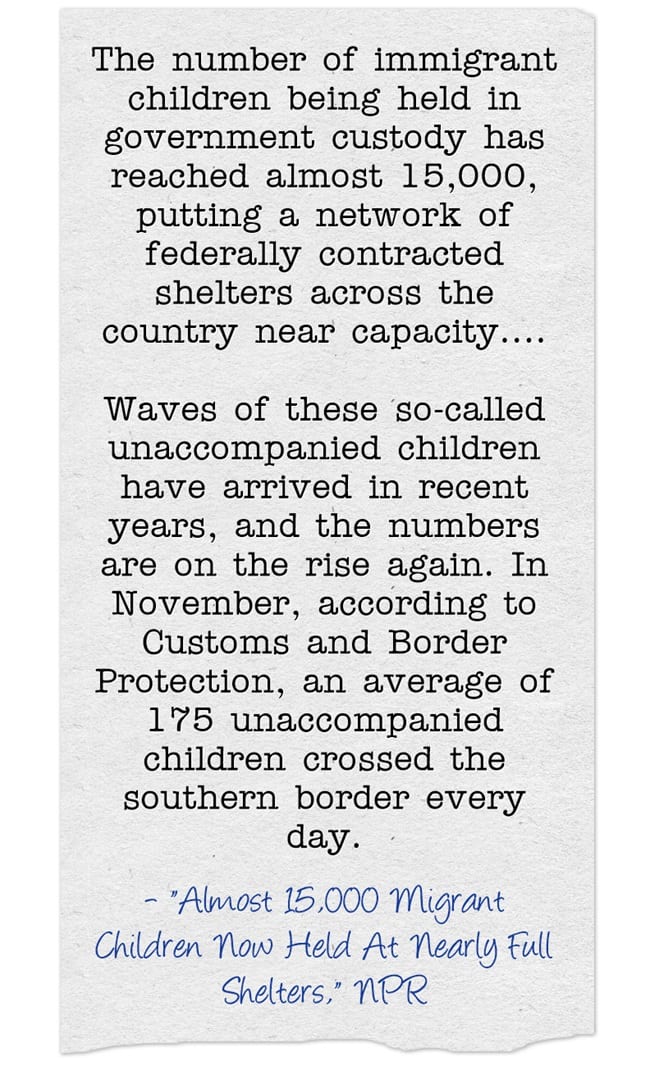 Almost 15,000 Migrant Children Now Held At Nearly Full Shelters is from NPR, and it’s depressing to think our government would think it is better to hold these kids in detention facilities instead of letting families take them in.

The Trump Administration continues to make it more and more difficult for families to care for these kids. For example, as CNN just pointed out, ICE arrested undocumented immigrants who came forward to take in undocumented children.

This in the face of what an expert says in the NPR piece:

“Detention is never in the best interest of a child, especially when it’s extended,” said Jennifer Podkul, senior director for policy and advocacy at Kids In Need of Defense. “It’s bad for the child’s mental and physical health.”

Though I initially had some reservations about how Adam Serwer at The Atlantic characterized Trump Administration policies, I think I’ve come around to his belief: The Cruelty is the Point.

Video: “The UN International Decade of Indigenous Languages begins in 2022”

New Resources For Teaching About Impeachment