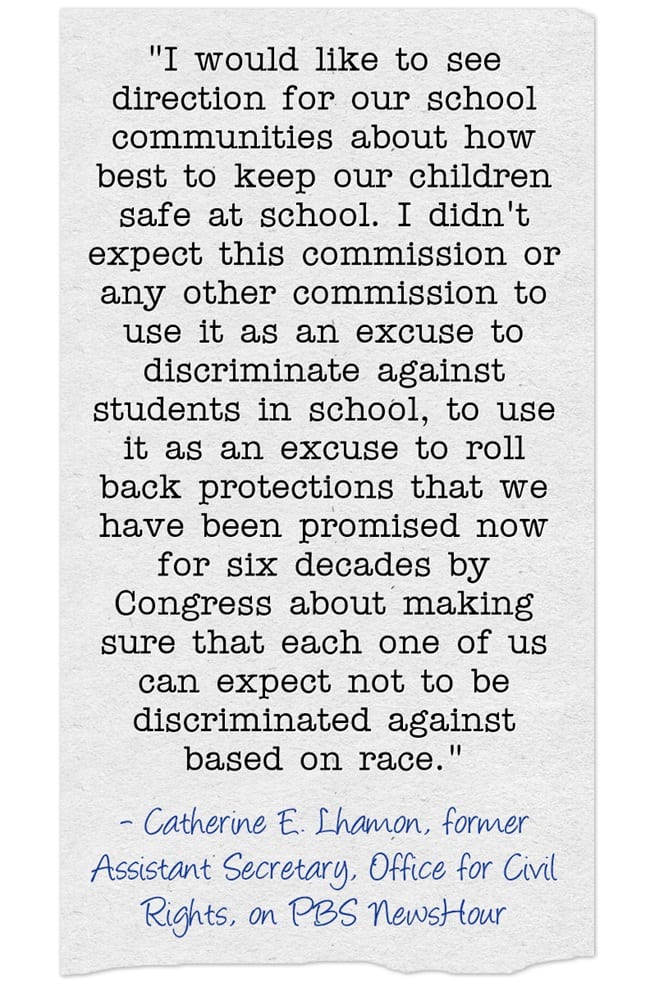 The federal School Safety Commission released its recommendations today and, instead of suggesting serious steps to ensure…school safety (like gun control), it decided to use it as an excuse to get rid of federal guidelines designed to reduce discrimination against students of color. This, despite a Government Accountability Office report earlier this year that provided evidence for why the guidelines are needed (see The Best Resources Explaining The GAO Report That Finds Racial Disparities In School Discipline). And a new report also just came out: Suspensions Are Down In U.S. Schools, But Large Racial Gaps Remain is from NPR.

You can learn more about the report at these resources:

DeVos To Rescind Obama-Era Guidance On School Discipline is from NPR.

Here’s What the End of Obama-Era Discipline Guidance Means for Schools is from Ed Week.

What it will mean if Betsy DeVos rolls back the Obama school discipline rules is also from Chalkbeat.

Everything You Wanted To Know About The Every Student Succeeds Act, But Were Afraid To Ask

Videos & Commentary: “180 Days: A Year Inside An American High School”