This post originally appeared in 2016, right after the Presidential election.

Yesterday was a rough day at school, and The Washington Post published a column I wrote about it, ‘Dear President-elect Trump’: Immigrant students write letters asking for ‘the opportunity to demonstrate we are good people.’

The writing exercise yesterday was incredibly helpful (you can download the sentence frames we used here). Then, seeing their letters in The Washington Post less than twenty-four hours later really helped them feel a lot better.

The Sacramento Bee will be sharing excerpts tomorrow, too.

Even though it was useful, it hasn’t solved anything – here’s how I ended the piece: 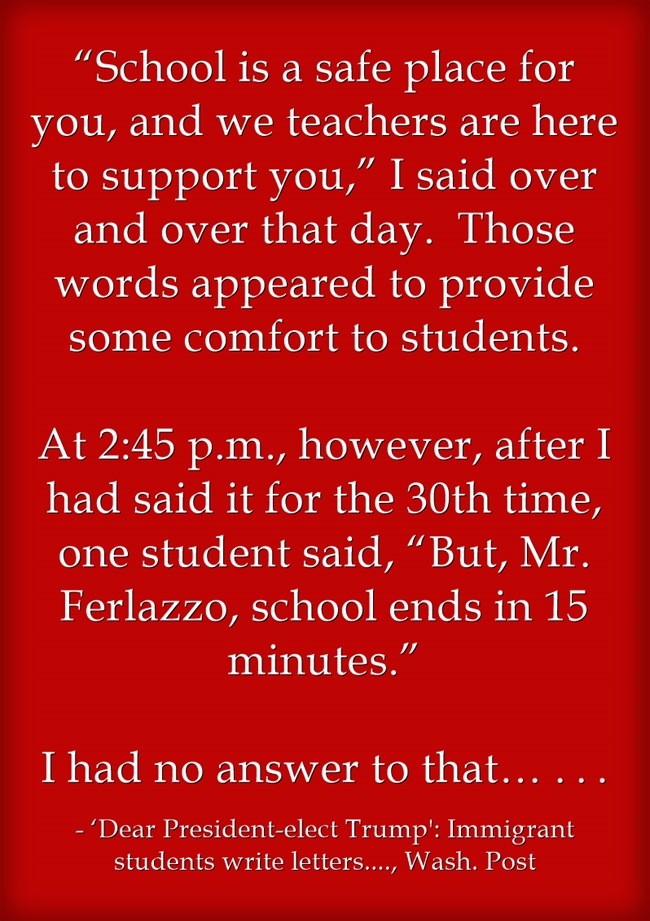 A Look Back: Emphasizing What Students Can Do, Instead Of What They “Can’t”

A Look Back: “Everyone Is A Teacher” Is A New Engagement Strategy I’m Using & It Seems To Be Working

A Look Back: The Demonization Of Immigrants As Invaders, And What Teachers & Students Can Do About It