A Look Back: Study Suggests That A Teacher’s Impact On Student Behavior More Important Than Test Scores 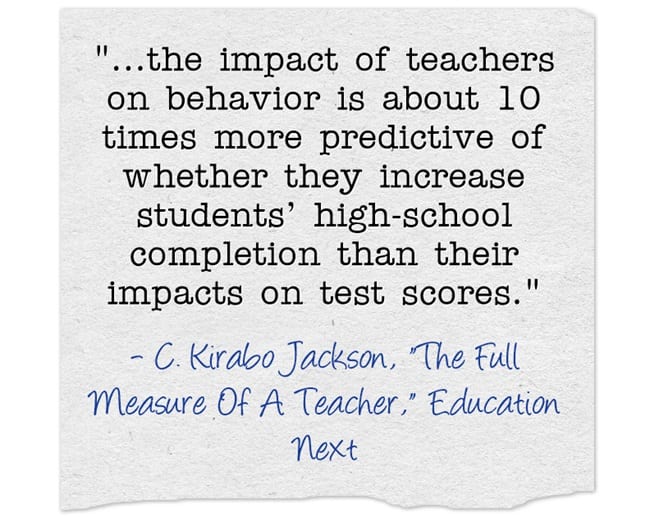 A Look Back: Studies Find That Teachers Analyzing Data Is No Help To Students If It Doesn’t Result In Different Instructional Practices