A Look Back: New Study Suggests That It Takes 25% Of People To Turn Minority Opinion Into Majority One

When I was a community organizer, we frequently said that it would take between ten-and-fifteen percent of people in a neighborhood or city to make-up the critical mass needed for transformational social change. At the same time, however, Saul Alinsky said that it would only take two percent, as long as it was the right two percent (see New Study Says Ten Percent Of Committed Believers Is The “Tipping Point” — I’m Not Convinced). 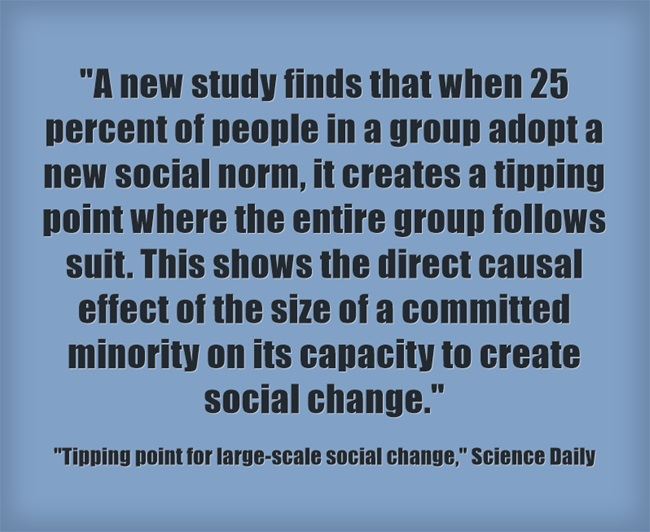 You can read more about it at Science Daily (Tipping point for large-scale social change) and at The Atlantic (The Tipping Point When Minority Views Take Over). By the way, The Atlantic article also discusses the research where we got the ten/fifteen percent figure.

Apart from society change, it does make sense to me that 25% would work, for example, on a school faculty.

A Look Back: “What to do — and not do — for growing number of English Language Learners”