Statistic Of The Day: Report Says That Nonwhite School Districts Get $23 Billion Less Than White Ones 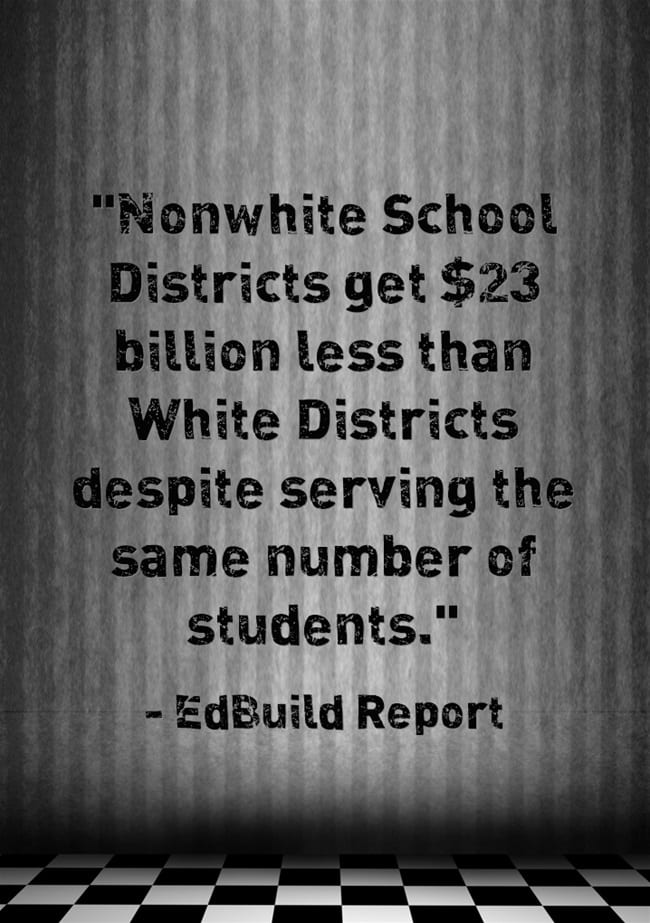 In a shocking, while at the same time unsurprising, report, EdBuild has issued an interactive report finding that Nonwhite school districts get $23 Billion less than White Districts.

In addition to visiting the report itself, you can also read these articles about it:

Why White School Districts Have So Much More Money is from NPR.

White Students Get More K-12 Funding Than Students of Color: Report is from US News.

Report finds $23 billion racial funding gap for schools is from The Washington Post.

How Much Wealthier Are White School Districts Than Nonwhite Ones? $23 Billion, Report Says is from The NY Times.

Study: Majority-White US Schools Get $23 Billion More Than Non-White is from Voice of America.

Here’s some clarification about the report:

Teaching History In The News!