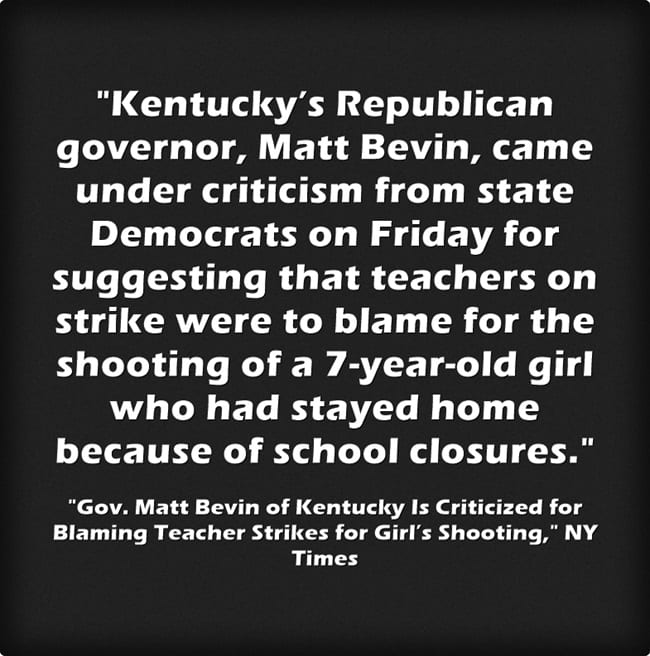 We teachers are used to being blamed a lot for things far beyond our control, but I have to say that, before this, I had not heard us being blamed for causing child abuse and shootings by using our constitutional rights….

Gov. Matt Bevin of Kentucky Is Criticized for Blaming Teacher Strikes for Girl’s Shooting is from The NY Times.

Kentucky Governor Blames Shooting of 7-Year-Old on Teacher Protests is from Slate.

Here is his statement from last year:

You might also be interested in The Best Videos & Articles On The Kentucky & Oklahoma Teachers Strikes (& In Other States!).

Quote Of The Day: Pandemic Causes Ed Researchers To Look At Other Ways Than Tests To Measure Effectiveness