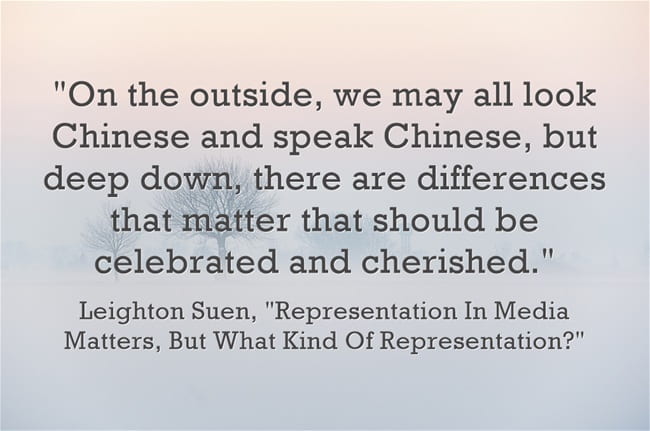 Editor’s Note: I recently invited readers to contribute short posts about their experiences teaching adult English Language Learners. Many have responded – and there’s room for more!

Leighton Suen is finishing his 3rd year as a dual-licensed ENL/ELA teacher at Franklin D. Roosevelt High School in Brooklyn, NY.  He has taught adult ESL classes in community centers and public schools for the past 5 years.  He received his Master’s in TESOL from Teachers College, Columbia University in 2016.

In high school, we are told to make content relevant for students.  In my English classes, I try my best to include literature that reflects the cultures and backgrounds of my students.  When we read dual-language Spanish poetry, my Spanish-speaking students enjoyed reading the poems in Spanish before reading them in English. When I did a unit on wealth in Chinese society, my Chinese students provided the class with background information on the famous figures that we read about.  Thus, when choosing content for my adult ESL classes, which are primarily comprised of Chinese women, I thought I would try my best to let them see themselves represented on-screen in Asian-American TV shows and movies.  In the end, though, their reactions surprised me.

I was born in the U.S. – the first child of my parents, who immigrated to New York from Hong Kong in the 1980’s.  Growing up, my parents often spoke to me and my siblings in Cantonese.  As a result, I can easily have conversations in Cantonese – though I wouldn’t consider myself fluent.  My ability to speak Cantonese while not knowing how to say many words is a constant source of humor in my adult ESL classes.  Often, I’ll say, ngo mm zi doe deem gong or “I don’t know how to say this” and turn to my students for help.  I think they are comforted knowing that they are teaching me Chinese while I am teaching them English.  And to a greater extent, they like that I am of Chinese descent.  Learning a new language requires taking many risks and possibly “losing face” in class.  They like that if they don’t know how to ask a question in English, they can ask me in Cantonese.

Throughout my childhood, up until college, I had never had a teacher of Chinese descent.  From pre-K to 8th grade, I was the only Chinese student in my grade.  It was tough being different from everyone else.  American media didn’t help.  Asian men were portrayed as sidekicks, kung-fu masters, and jokesters.  I was often laughed at for things that I had never seen, references to shows that I had never watched.  Asian protagonists were rare.  In school, I was quiet.  I didn’t like to raise my hand, especially when I wasn’t 100% sure my answer was correct.  My parents helped me when they could, but they didn’t have the experience of growing up and going to school in America.  I didn’t have many role models that looked like me who I could look up to.

In college, I took an Asian American Literature course.  Finally, my experiences were centered.  The professor announced that a TV show with an all-Asian cast would be created next year, and that we should all support it.  I watched every episode of the first season of Fresh Off the Boat, sometimes with friends, sometimes with family, and I loved it.  It was amazing seeing a family that looked almost like mine on the screen.  I decided to show a clip to my adult ESL class.  I picked a scene from an early episode when the mother of the family, Jessica Huang (played by Constance Wu), goes into a supermarket and stuffs an entire tray of free samples into her purse.  I thought it was hilarious.  After the scene was over, I turned back to my class, and they weren’t laughing.  They told me that they felt the show was making fun of immigrant Chinese mothers like themselves.  I tried to explain that it was a joke, but I realized that I was doing what others had done to me before in my childhood.

A few years later, the movie Crazy Rich Asians, also starring Constance Wu, came out in theaters.  All over Facebook, my friends were encouraging people to see it in order to support Asian-American actors and films. It was a huge moment for Asian-Americans.  I saw the film in theaters with my family, and afterwards, I read the series of books that the movie was based on.  I couldn’t wait to show the movie in my adult ESL classes.  I planned a two-night screening.  My students’ responses were lackluster.  They complained that the movie wasn’t realistic and that the plot would never happen in real life. I tried to explain that it was a fantasy, but I realized my students were teaching me an important lesson.  They, as Chinese women who had recently immigrated to America, are just as eager to see themselves represented on screen as I was.

Unsurprisingly, stereotypes like the “fresh off the boat” mother who doesn’t understand American customs do not make them feel represented.  And in Crazy Rich Asians, the Asian-American protagonist has to deal with her boyfriend’s mother, a strict Asian matriarch who serves as the movie’s main antagonist.  TV shows and movies that made me feel accepted made them feel alienated.  While we are waiting for more movies that represent them positively to come out, I have learned to be more considerate of the media that I show my adult ESL students.  My students are incredibly brave and strong women who left comfortable lives to start over in a country where they struggle to speak the language.  They don’t deserve to be stereotyped or insulted in any form.  Overall, my experiences here highlighted the differences in my and my students’ backgrounds and cultures.  On the outside, we may all look Chinese and speak Chinese, but deep down, there are differences that matter that should be celebrated and cherished.

Carlos Slim, “The World’s Richest Man,” Spends Some Of His $ For New Online Spanish-Language Ed Resources

“Storybooth” Is A Treasure Chest Of Autobiographical Incident Models