The Number Of Refugees In World Grows & The U.S. Welcomes Fewer & Fewer 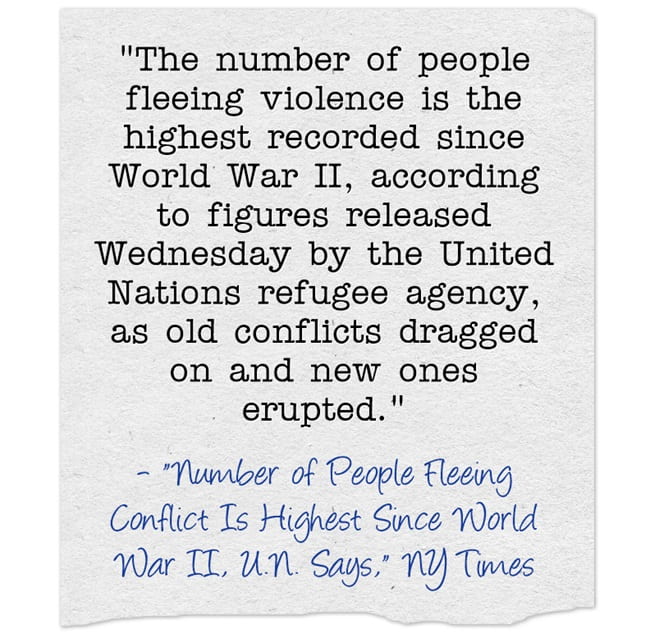 On the eve of World Refugee Day ( see The Best Sites For Learning About World Refugee Day), the United Nations has announced the number of refugees in the world is the highest in UN history (see NPR’s story, Nearly 71 Million People Forcibly Displaced Worldwide In 2018, U.N. Report Says and the NY Times article, Number of People Fleeing Conflict Is Highest Since World War II, U.N. Says).

Something is very wrong with that picture….

Here’s an infographic showing the make-up of the few refugees the U.S. did take-in last year:

“A History Of New York In 50 Objects”

This Free History Resource Is GREAT For ELL Newcomers!