Help Students Motivate Themselves By “Imagining The Future” 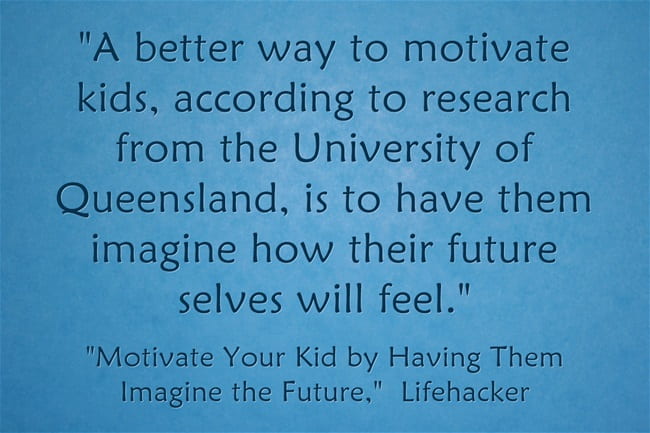 Motivate Your Kid by Having Them Imagine the Future is a Lifehacker article discussing research that would be useful for us all to remember:

Researchers presented 150 children, ages 6 to 9, with three skill-based games and told them they would be tested on one of them. Half were asked to imagine how they would feel if they were successful on the future test, while the other half were simply asked to imagine being successful without any mention of emotions. The results: The kids who thought about how they would feel in the future practiced 60% longer than those who didn’t. Eight- and nine-year-olds were the most motivated by the extra prompting from the researchers.

I’m adding it to Best Posts On “Motivating” Students.

You Don’t Say! Researchers Find That It’s Easier To Learn Something New If You Can Connect It To Something Familiar