Trump Administration Abandons Plan For Census Citizenship Question – Great For Our Country & Great For My Lessons Next Year, Too! 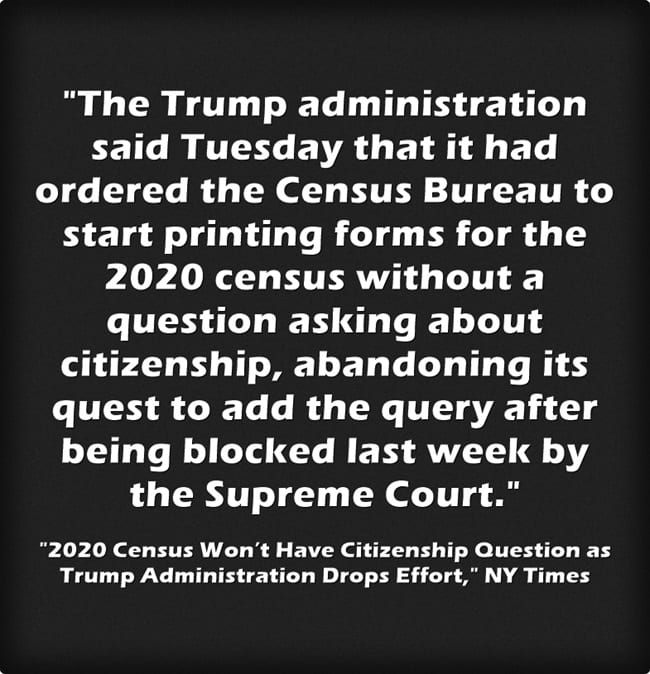 I’ve been sharing resources on this issue for awhile (see The Best Articles Explaining Why It Would Be Terrible To Add An Immigration Status Question To The Census).

It’s great news for our country – having an accurate count is critical for all of our communities.

In addition, I was happy for another reason:

Our school is in what is considered a “hard to count census tract.”  During the last Census, our ELL students developed materials and organized a local campaign for residents to complete the Census forms (you can read about it and see the student-created materials at The Best Resources To Learn About The U.S. Census).

We obviously weren’t going to replicate that effort with a citizenship question on the forms.  However, now that it’s off,  there’s no reason why we can’t do it again.

BREAKING In a course reversal, Justice Dept. attorney says government will look for a way to add citizenship question to 2020 Census https://t.co/pL222kHkiP

You Can Now Pre-Order My Next Book!

Find Quotations — & Their Sources — With “Quotesome”

“Learning Apps” Is One Of The Top Educational Websites Of The Year!