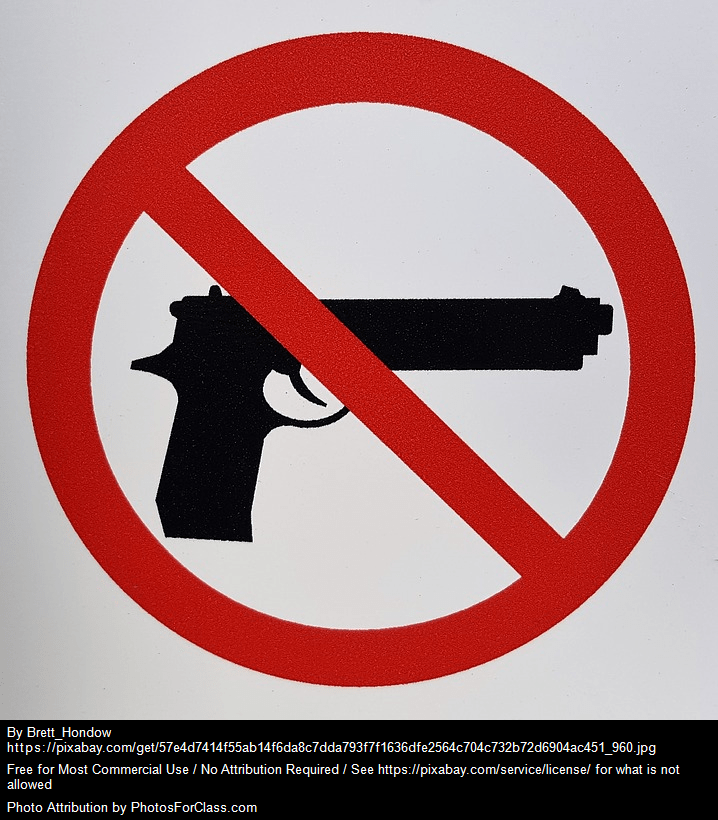 The shootings in Gilroy, El Paso and Dayton this week have, once again, brought the issue of gun violence (and white supremacy terrorism – see resources on racism here.) to public attention again.

I have many lists lists of resources related to gun violence here.

I have previously posted one on gun control, but it’s time to post a completely revised and updated one.

Here are some resources to begin with:

Guns In America is from TIME.

How To Reduce Shootings is from The NY Times.

Gun Deaths in America is from Five Thirty Eight.

Gun Violence, Gun Control, Gun Rights: Where We Go from Here (with Lesson Plan) is from KQED.

The Lowdown | Gun Violence, Gun Control, Gun Rights: Where We Go from Here Lesson Plan is from PBS.

Gun laws in the US, state by state – interactive is from The Guardian.

Where Congress Stands on Guns is from ProPublica.

Let’s talk about guns, but stop stereotyping the mentally ill is from MSNBC.

If video games were the problem, video game obsessed nations like Japan would lead the nation in gun deaths.

Multiple international studies have shown the video games are not the issue: https://t.co/gVna54WpuZ https://t.co/06zqysjsvW

— US homicide rates are much higher than other countries with the same games.

— Nonviolent games could be better.

— Guns are the problem. https://t.co/fbZ0Gjo6gs

How ads manipulate our emotions – and how to resist is from NBC News.

Are video games or mental illness causing America’s mass shootings? No, research shows. is from The Washington Post.

How Can Gun Violence Be Solved? is from NPR.

How The U.S. Compares With Other Countries In Deaths From Gun Violence is from NPR.

How to Prevent Gun Massacres? Look Around the World is from The New Yorker.

Mass killings keep happening despite good guys with guns is from The Washington Post.

We know what the problem is is from Science.

An Overlooked Tool to Stop School Shootings is from Slate.

Why Does the U.S. Have So Many Mass Shootings? Research Is Clear: Guns. – The New York Times https://t.co/buPqdTMbK9

A humble consideration from @NickKristof of how a "harm reduction" approach can decrease gun deaths in the U.S. Keeping guns from risky people, working WITH gun owners, and treating regulation the same as tobacco, cars, and alcohol are meaningful steps.
https://t.co/K3xqeRhBnv

“What The Fact” Are Good Video Explainers About Current Events

What’s Going On With North Korea?