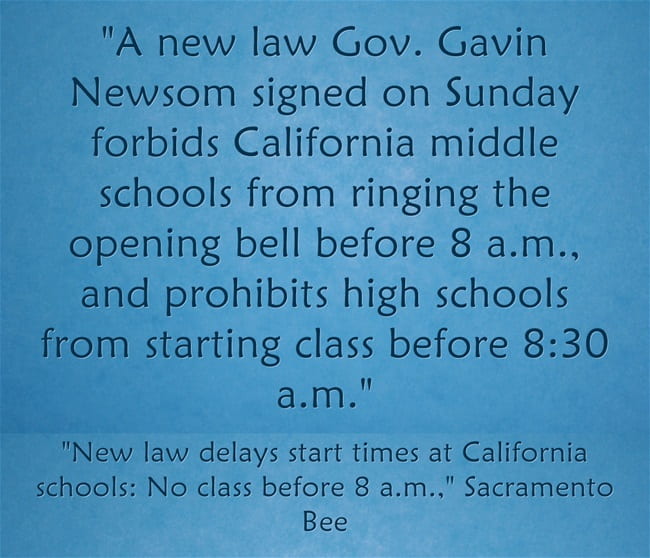 Interestingly, I seldom have had students initiate a conversation about a current event as much as they did today after reading about the law online. And it was all positive.

Like our state union, I wasn’t a big fan of the bill – there’s been nothing stopping districts from doing this, and I wasn’t sure we needed yet another state mandate.

However, after learning that there’s a plan to pump millions of state dollars into supporting the move, including funds for additional before-school supervision, I think this move might work out for our students – if done right.

Students who feel they need more sleep could get it and, if schools are provided funds to provide enrichment classes earlier, students who want to take advantage of them could have that opportunity.

But, as the movie line goes, “Show me the money!”

New law delays start times at California schools: No class before 8 a.m. is from The Sacramento Bee.

I’m adding this post to The Best Resources For Helping Teens Learn About The Importance Of Sleep.