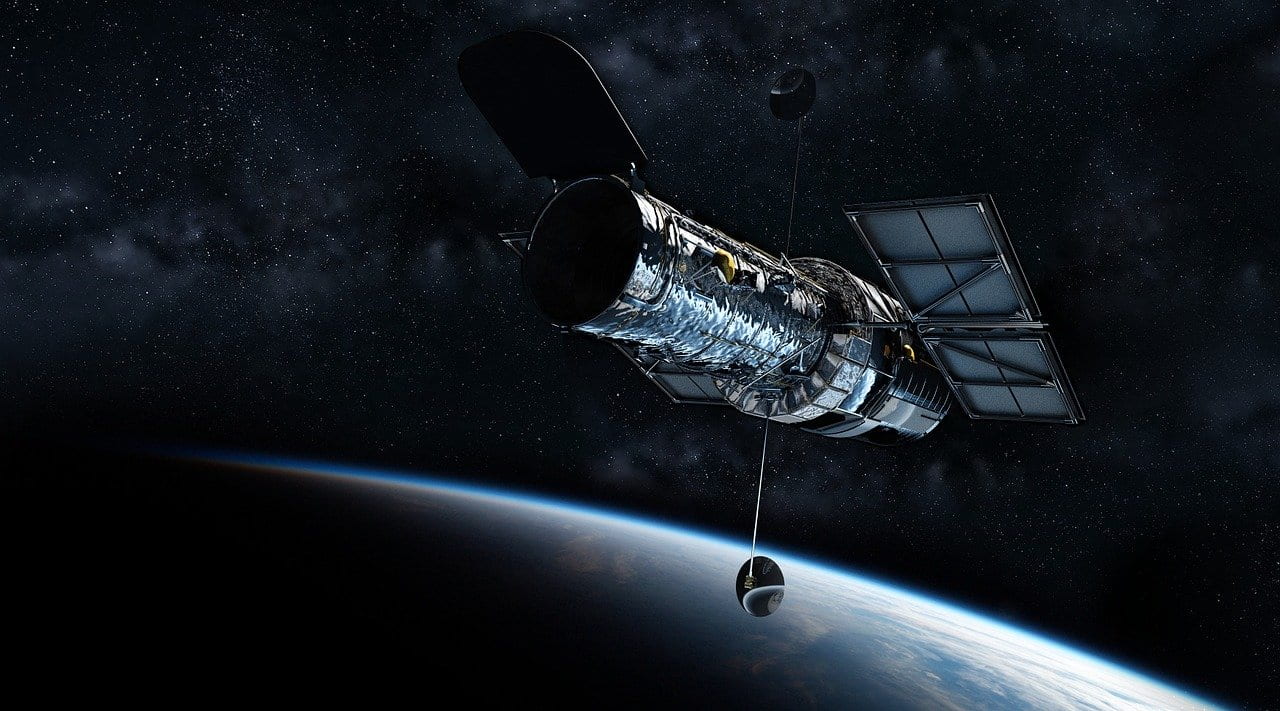 The Hubble Telescope was launched thirty years ago today.

#Hubble30 For its 30th anniversary, Hubble presents a colorful scene nicknamed the "Cosmic Reef." These two nebulas, NGC 2014 in red & NGC 2020 in blue, are part of a vast star-forming region in a nearby galaxy & are illuminated by young, massive stars: https://t.co/tWW42JAu3w pic.twitter.com/rdmCUS9ZMH