Though I’m Not Sure I Fully Understand This Proposal For Opening Schools, It Does Sound Interesting 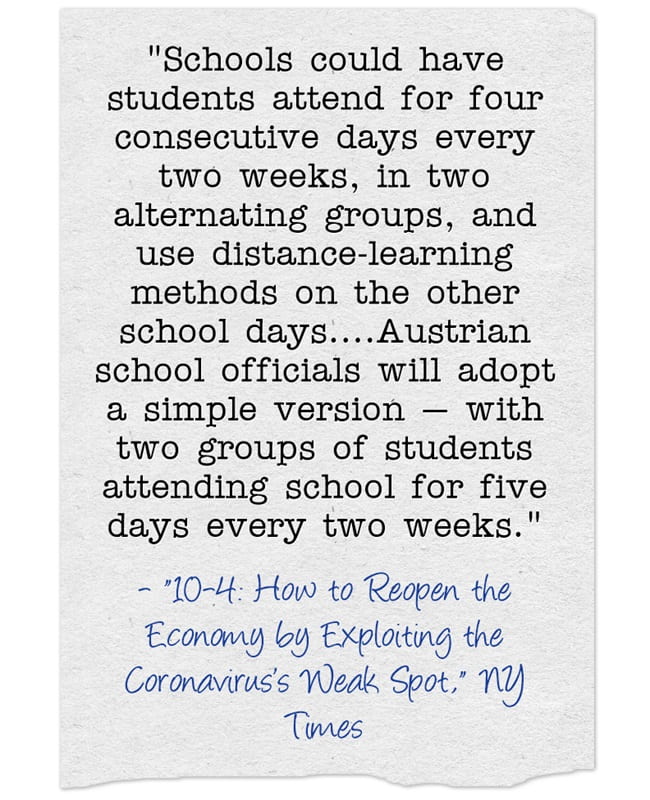 10-4: How to Reopen the Economy by Exploiting the Coronavirus’s Weak Spot is the headline of a pretty interesting article in The New York Times today.

In it, some professors/researchers propose a strategy for re-opening the economy and schools.

It’s definitely not one I’ve heard before now.

I’m still not sure I fully understand it, but that may be only because it’s still very early in the morning here.

I’m adding it to THE BEST POSTS PREDICTING WHAT SCHOOLS WILL LOOK LIKE IN THE FALL.