Teaching Resources About If Police Should Be In Schools 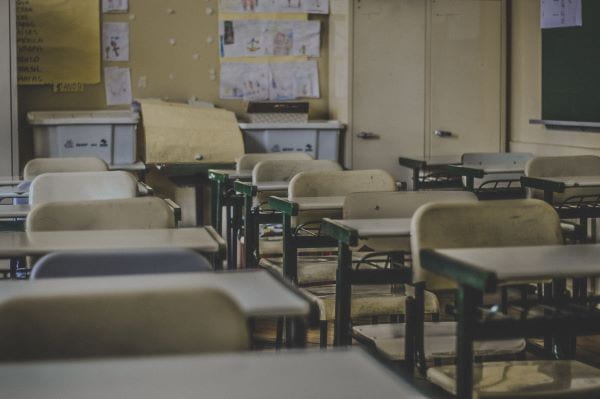 The issue of if police officers should be stationed in schools is a big one these days, and one that will be considered in policy discussions – and in class discussions come the fall.

USEFUL RESOURCES FOR TEACHING & LEARNING WHAT “DEFUND THE POLICE” MEANS

Here are recent resources on the issue of police in schools:

Should police officers be in schools? California education leaders rethink school safety is from Ed Source.

Do Police Officers Make Schools Safer or More Dangerous? is from The NY Times.

Fueled by protests, school districts across the country cut ties with police is from The Washington Post.

The End of Police in Schools is from U.S. News.

Sacramento Unified should vote to invest in Black children, not campus police https://t.co/Q7jqtikKoJ

For teen activists, defunding school police has been a decade in the making is from The L.A. Times.

Over-Policing In Schools Is an Issue Black Students Have Been Fighting for Years | Teen Vogue https://t.co/OU3LCfAMVL

Police have patrolled Sacramento schools for years. Is it time to get cops off campus?
By @sawsan24 https://t.co/rkj2itVC3z

Inside The National Movement To Push Police Out Of Schools is from NPR.

Why There’s A Push To Get Police Out Of Schools is from NPR.

Do police keep schools safe? Fuel the school-to-prison pipeline? Here’s what research says. is from Chalkbeat.

Some Sacramento-area schools are changing their relationship with uniformed police officers that patrol school property. This week’s Tipping Point explores the question:

Is it time to get the cops off campus?https://t.co/CVH1m7N9ph

Big school districts looking to cut ties w/ local police have little precedent to draw on the U.S. So I talked w/ educators, students & activists in Toronto about how they ended their school police program in 2017 & what we can learn from their experience https://t.co/7Or8ZTQ9xQ

Sacramento City Unified votes to sever contract with city police is from The Sacramento Bee.

L.A. school board cuts its police force and diverts funds for Black student achievement is from The L.A. Times.

Protesters Urged Defunding the Police. Schools in Big Cities Are Doing It. is from The NY Times.

Patrolling Public Schools: The Impact of Funding for School Police on Student Discipline and Long-term Education Outcomes is a new study, and here’s a podcast with its author.

Schools Are Putting More Cops on Campus—Despite the ‘Abject Failure’ in Uvalde is from TIME.

We find that school police:
🔹Reduce some school violence, but do not prevent gun-related incidents
🔹Increase suspensions, expulsions, police referrals, and arrests
🔹Have adverse effects that are consistently largest for Black students pic.twitter.com/m5OnhAhN28

Video of a violent arrest of a Tennessee high school student in gym class has renewed local scrutiny over the role of school police.https://t.co/SxvO7Z6VRp pic.twitter.com/oRjtjas7U1

Video Trailer: “He Named Me Malala”