A Look Back: I’m Not Convinced That Student Learning Losses This Year Are Traumatic, But They Will Be Bad If We’re Online Next Year 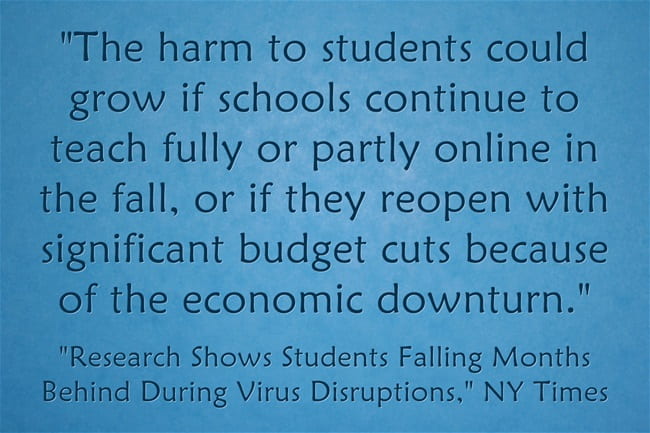 The projections here are compelling, depressing, and not surprising — but it’s important to note these are still largely *just projections.* This is uncharted territory and we have little hard data on how much learning loss has actually occurred https://t.co/SI6qQj9JG0

A Look Back: Quote Of The Day On The Trauma Affecting “Black Boys”