Statistic Of The Day: More Money Is Coming For Schools, But Will It Have Reopening Conditions? 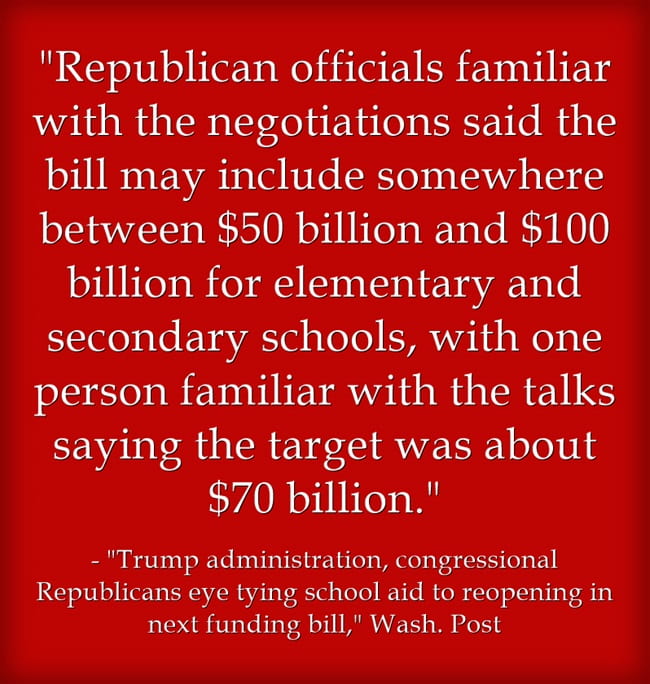 Education groups have asked for $175 billion, while it appears the Republicans opening “offer” is going to be $70 billion.

My assumption is that – after negotiations with Democrats – the figure will end up to be closer to $100 billion.

However, and equally large issue will be the conditions Republicans want to put on the money. It appears that some want to tie it to schools reopening for face-to-face instruction:

The White House and Republicans are debating whether to take a carrot or a stick approach with the aid, according to several officials involved in the talks, who spoke on the condition of anonymity to discuss private deliberations. Some White House officials are pushing for conditioning the aid on schools reopening partly or fully, but others involved prefer to offer incentives to schools to take steps to reopen.

The Best Ideas For Online Activities To Use When Teaching ELLs Remotely – Share More!