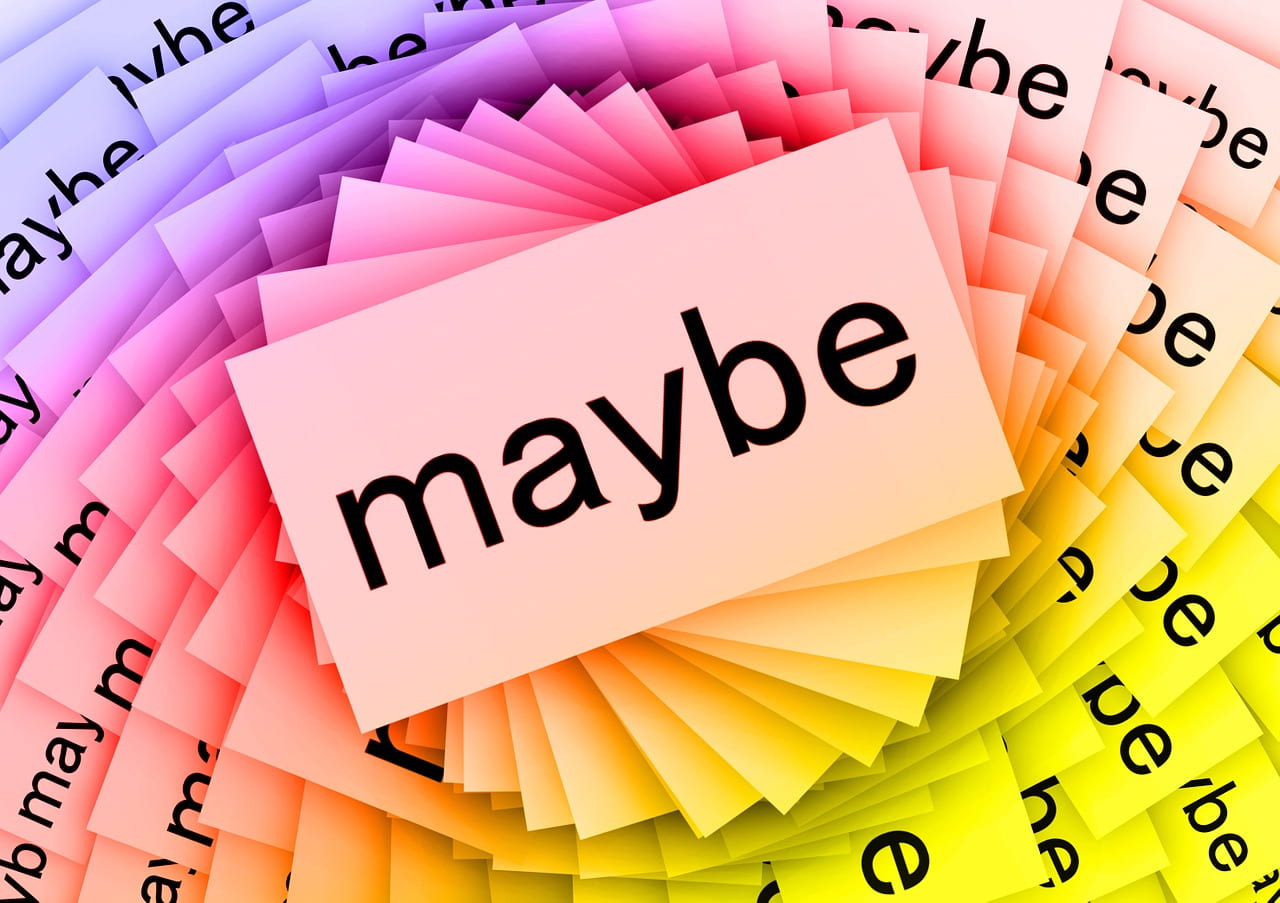 Thinking it through, and writing it out, made me feel a little less worried.

Perhaps doing the same for my combination Beginners/Intermediate class will make feel even better.

And I’ve still other classes to go, too!

But, today is for my ELL class.

The fact that things went so well in a daily 30-40 minute classes in the spring (see Video: Here’s An Example Of My Daily Online Lesson For ELL Newcomers ) leads me to believe that, like my ELL U.S. History class, I might be able to increase the number of their classes from what appears to be the district-required three to four, or even five (three forty-five minute classes and two thirty minute classes in the afternoon).  This class is also scheduled for second period, which means it theoretically should start close to nine in the morning three times each week, which is probable doable for most students.

Like my first period, I will have two student teachers and peer tutors who are seniors and who were formerly in my ELL classes.

And, like my first period, there will probably be two distinct levels of English proficiency – Newcomers and Intermediates.

And, again like my first period plan, this one will be very, very tentative, subject to anything I learn during August (or even tonight!) and subject to what actually transpires when class begins in September.

Unlike my fairly “large” first period, this class should be smaller, so that should create more opportunities for individualized attention.

This post will serve as a sort of short summary.  We’ll be releasing our free chapter on distance learning for ELLs very, very shortly, and that has over ten thousand words.  It’s coming from the upcoming second edition of The ESL/ELL Teacher’s Guide.

Before I start talking about the “agenda,” I do want to mention one issue – students wanting to keep their camera off.   In the spring, most students chose to keep their camera off (except at the end when we did a good-bye ritual).   I chose not to “fight” that battle because I was happy that ninety-percent of the kids actually showed up.  I’m sure there were lots of reasons for their wanting their cameras off: many were still in bed and were concerned about their appearance;  some didn’t want others to see their home environment; some didn’t have good wifi (I hope we do a better job helping families get broadband) so their homes didn’t have enough bandwidth for good streaming; and others probably wanted to play video games while they were in class.

I neglected to mention this issue in yesterday’s post, but I do plan on asking students to keep their cameras on because (1) it will make me a better teacher because it will help me “read” people’s faces if they understanding something or if something is bothering them and, (2) I want to see their faces and, especially for my previous students, I miss seeing them (for new students, seeing their faces will help me get to know them).

At the same time, however, I will tell them I want to respect their personal privacy, and if the feel like want to keep the camera off, we can set up an individual conversation to talk about it.  If they feel strongly, for example, that they might be embarrassed  by showing their home, and if, as I understand it, school issued Chromebooks don’t allow virtual backgrounds, then I’ll let them keep their camera off.  If any other students raise questions, I’ll discuss it privately.  If students don’t seem to have a good reason, then I’ll talk with their parents. I have pretty good relationships with parents, so I suspect it would end there.

In addition, I’m going to ask very strongly that students use their Chromebooks instead of their phones.  In the spring, several students used their phones (I’m assuming because it was more convenient than the laptops when they were in bed).  I’ll sometimes be having them use, let’s say, Google Docs or Padlet, and I’d like them to have two windows open so they can see the class and app at the same time to mimic, however badly, the experience of being in the classroom.

Now, to the class agenda:

1. We’ll begin with some kind of question/response, both for relationship-building and for speaking practice.  They may be SEL related (see REFLECTIVE SENTENCE FRAMES I USE TO OFTEN BEGIN MY ELL CLASS),  or conversation practice that may or may not be related to the theme we’re studying at the moment (we have several student “cheat sheets” for conversation practice in the first edition of our book, which you can download for free).  One thing I neglected to include in my U.S. History plan, which has classes starting off in a similar way, is that, of course, I will include answer “frames” on the slide with the questions.  Since both classes are likely to have a number of students in two different English proficiency levels (as was the case in my spring class),  the questions would be like this:

What was the most interesting thing you learned in school this week?

So, newcomers could just use the first answer starter (or they could try both).  Intermediates would use both.

In the spring, it worked well to have me start off by asking a student, and then that student would choose who he/she wanted to ask and so on.

Since relationship-building will be so important at the beginning of the year, I might ask students to identify five things they have that are important to them and, once a day for a week, ask:

What is one thing that is important to you?

Another option might be for me to share the question and answer frames, divide students into breakout rooms for a few minutes to work with peer tutors developing and practicing their responses, and then coming back to the full group, which mimics what we did in our physical classroom last year.

In addition to those short-and-simple question-and-answer frames, students could also complete more extensive ones that also require some drawing.  In the classroom, students filled them out in small groups with peer tutors at the beginning of class, and then we’d videotape their narration with the Adobe Spark app (see an example of this frame and a student video at A Look Back: My Latest Favorite Tech Tool For ELL Students To Practice Speaking).  In distance learning, they could work completing their longer sentence frames in breakout rooms with peer tutors and student teachers and record it later on Flipgrid to share it with the next day’s class (at least, I think FlipGrid might be a better remote option – I need to become more familiar with it).

So, those are a few options for “warm-ups.”  There’s also an shortened version of the Retrieval Practice Notebook I use in the physical classroom (see A New Strategy I’m Using To Promote Retrieval Practice In Class (Student Hand-Out Included) and Retrieval Practice Update).  In distance learning, I might just have students write in a Google Doc one or two things they learned that week in other classes and have them share out in breakout rooms.

2. A quick review of what we learned the previous day and a reminder about homework (more about that later).

This part is going to be a bit tricky.

I have several issues to consider:

One, I will likely have two distinct groups of students with different English proficiency levels, so whatever I do needs to either be able to be the same lesson differentiated by me in a full class (potentially by doing in bilingually since practically all of the students are Spanish-speaking), or in breakout rooms with student teachers and peer tutors; or they have to be entirely different lessons.

Two, the lesson has to be very engaging.  Unlike having a “captive” audience in the physical classroom, we remote teachers will have lots of immediate competition: care for younger siblings, over-or-under the counter jobs to help support families, sleeping late, video games, TikTok, movies – the list is endless.  I could have the most rigorous curriculum in the world, hitting every single standard, and it’s not going to worth a damn if students done come to my class and don’t engage in the work.

Three, the district supported curriculum for ELLs is clunky online (and I’m sure that’s the case for more than just ELLs).  So much of it is unlikely to “make the cut,” though some of it will.

And, four, teaching remotely in the spring was exhausting.  I will be unable to sustain that level of work and energy for a full year and teaching more live classes.  I have to balance what I want to do with what I am realistically able to do.  Just as my lessons will be useful if no one comes and wants to do them,  no one will be helped if I burn-out in December and “phone it in” for the rest of the year.

So, given all these considerations, here is my present thinking:

I don’t really care if this discussion happens in English or Spanish, and I’m thinking that peer tutors or student teachers could list what students say on Google Slides.

Perhaps students in each group could divide up who reports back on each slide and we re-convene as the entire class.  We’ll see if there are some commonalities.

Depending on what comes up, I might create a Google Form for students to use to vote on the next day.  Whatever comes up, however, I’ll make it very clear that though I’m asking for their opinions, there’s no guarantee that we’ll do all of it, but we will at least cover some of the topics.

Most “lesson” parts of the class after the first day will likely take one of four directions:

4.  Students will reconvene as a full class and do a whole class game using either Quizizz or Gimkit (and maybe Quizlet)– perhaps even two different games depending on English proficiency.  The game would reinforce what was taught that day.  I use those two game platforms because others that are similar don’t show the questions on the same screen as the answers (they’re set up to be displayed on class projectors).  And having students create two browser windows is just too complicated when there are two alternatives that make things more simple.  I’ll use games during the first couple of days to do a formative assessment on their language skills.  Though I didn’t do this in the spring, I’d like to experiment with students playing as “teams” – in other words, two-or-three students would sign-up as a team and play in break-out rooms.

5. I remind students about homework.  The amount will depend on how much time we meet in live class.    I’m thinking it will be some combination of BrainpopELL, Raz-Kids, a short response to  writing prompts (I might use Wizer for that),  some Quizizz and Worldwall games, an EdPuzzle or two, maybe Quizlet – with a whole lot of choice involved. Maybe Duolingo.  I’m still trying to figure out what site might be best for grammar practice (Quill? iSl Collective ?).

I’ll be making lots of calls home, make sure we have everyone on Remind for texts, and having students schedule one ten-minute individual conversation with me every two or two-and-a-half weeks.

This plan is informed by my spring experience and I’d love to hear feedback, but only from people who taught distance learning in the spring.  The only exceptions to that rule are administrators from our school who, even though they might not have taught classes, were very hands-on in the spring, and I have a great deal of trust in their judgment (there are probably other exceptions, but they are few and far between).

I’m sorry, but this is one of those situations where if you haven’t actually done K-12 emergency remote teaching,  you are very unlikely to be able to provide helpful advice to me.