A TENTATIVE Year Plan For My Theory Of Knowledge Classes 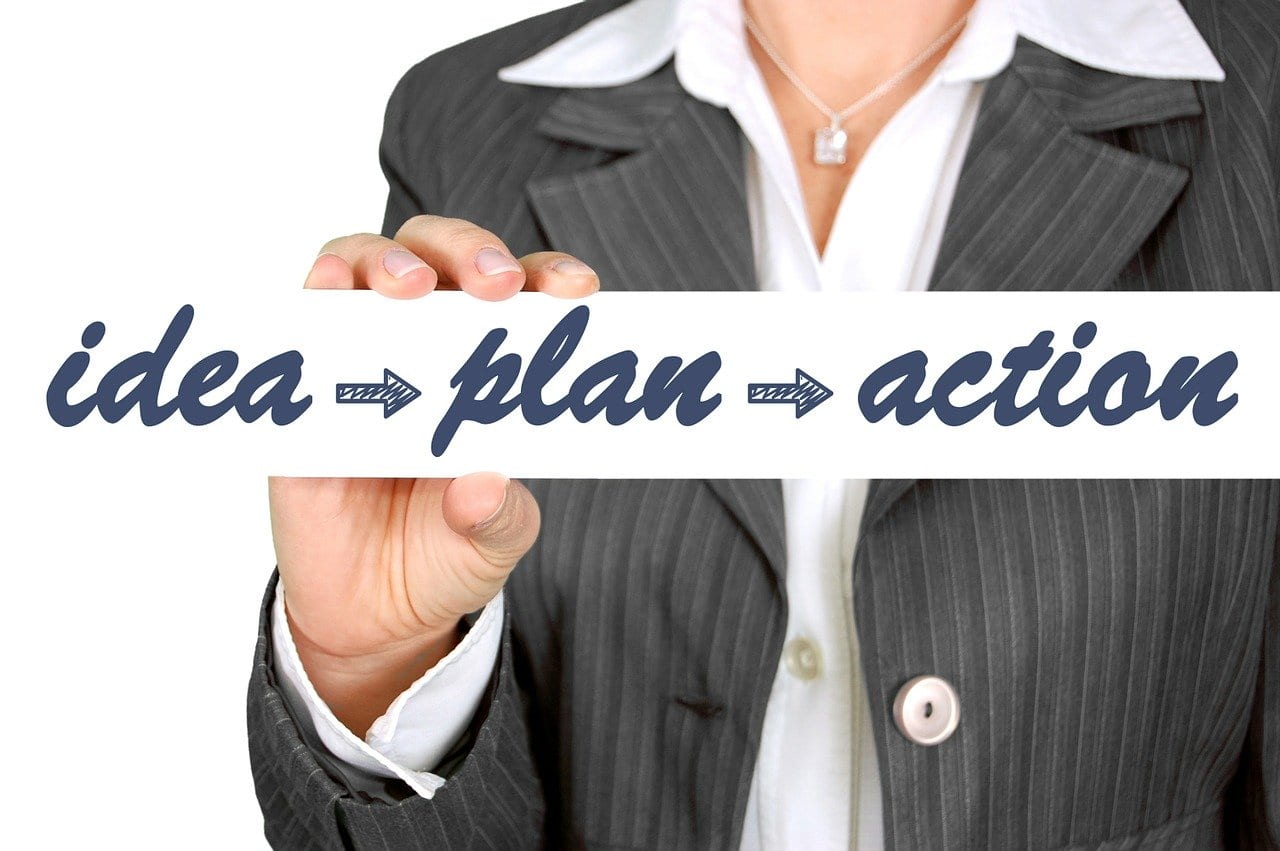 That last post discussed my typical lesson plan for the day, along with potential homework.

What it didn’t discuss was my year-long plan to incorporate all of the many changes IB has made to the TOK curriculum this year.

So, I thought I’d use this blog post as an opportunity to think aloud about my plans, and to invite feedback.

This post includes a fairly detailed description of my plan through the end of the year, and a very, very “bare-bones” outline for 2021.  I’ll probably try to flesh those parts out fairly soon just so I can wrap my head around the new TOK curriculum but, for right now, I’ve got “other fish to fry.”  That being said, depending on how crazy the Presidential election and its aftermath get, I might have to delay much of this and, instead, immediately move into the optional theme of Knowledge and Politics (see that later down the list).

I’m operating under the assumption that we will be doing distance learning for the full school year, though I think it’s 50/50 we will go to hybrid learning in 2021.  Either way, however, I suspect I’m looking at two 50 minute live classes each week if I’m lucky.

When figuring out how much time lessons will take, I’m taking my original estimate and adding on to it.  When teaching online, it always takes more time than we think it will.

There are lots of different ways of different ways to handle the new curriculum, but I’m just doing it in a very linear fashion and trying to use as much of my “old” stuff as possible.  I need to add the least amount of new stress and work to my life.

All themes and all Areas of Knowledge are supposed to looked at through the lens of a something called the “Knowledge Framework” which consists of four elements: scope, perspectives, methods and tools, and ethics.

I’ll explain each of those four elements as we go along.

* First three weeks: Scope: What do we really know?  What are we sure about?  What are the limitations of what we think we know?

I’ve previously described a five-day unit I’ve typically done in TOK class that should fit very well here, and is how I typically start the year.  So I’m happy I can begin the year with lessons I’m familiar with, even though they will be done online.

I think this might also be a good time to do a short lesson on difference between knowledge and information , and then between opinion and judgment.

* Next three weeks: Perspective: What affects someone’s perspective about knowledge?  Where they are coming from?  What is the role of cultural, historical, personal context in knowledge (tradition, religious beliefs, country of origin)   How am I influenced?  What shaped my perspective?

We begin to get into “perspective” near the end of that five-day unit.  We’ll continue by discussing elements of culture, such as language, customs/traditions, and social organization, and explore if students feel that some “enrich” and some “entrap.”

We’ll then do an Allegory of the Cave project, which culminates in students creating videos of a modern version.  Usually, I just let students use whatever video-editing tool they want, but I’m thinking of asking students to try WeVideo for this project to see if it’s worth my purchasing a multi-class subscription for future ones.

Maybe something on the Danger Of A Single Story?

*Next three weeks: Methods & Tools: How do we acquire knowledge?

We’ll learn about the five senses, and the other ones we have, too (I’ll probably have each student pick one and report on what it is). Students will talk about a time one of their senses led them astray.  We’ll also look at ambiguous images.

Next up, inductive and deductive learning, including syllogisms, and then we learn about fallacies, with students creating a short commercial using several of them.

I’d like to finish up with a lesson on “fake news” and information literacy, but I don’t know which one to use.  There are so many excellent ones out there,  and I’ve written about a good one I do with ELLs which I wonder if I can modify?  Suggestions are welcome.  There’s a slideshow at the bottom of this link that might have possibilities.  I’ll certainly need to cover confirmation bias here.

* Next two weeks: Ethics: Where do my values come from?

We’ll do a lesson I usually do where students research and reflect about where they believe their values come from.

We’ll then learn about absolutism versus relativism and relate it to Confederate and other monuments. I haven’t thought about what kind of monument lesson yet, and would welcome suggestions. I was originally thinking of doing something about the Milgram and Stanford Prison Experiments, but my thinking now is that I’d leave them until we study Human Sciences later in the year.

* Next two weeks: Work alone, in pairs, or in groups of three for a practice Exhibition, which is the new TOK internal assessment.

This exploration of the “Knowledge & The Knower” theme should bring me to Winter Break.

We’re supposed to choose two of the following five themes:

I’m estimating that, if the theme of Knowledge and the Knower takes as long as I’m thinking it will, I’ll only spend a total of four weeks (two weeks each) on two of these themes.  So, that would mean we’d finish up by early February.  I definitely want to do Knowledge and technology – I think that would be a high interest topic for students.  Knowledge and Language might be a fairly easy one for me to do, since Language was one of the now-discarded “Ways of Knowing” and I have a fair amount of related lesson materials I’ve used in the past (Addendum: I’ve decided that, though “Language” would be the easiest for me to teach, it would be less engaging then indigenous societies or politics.  So I have now sadly made a decision not do do that them).    However,  I think Knowledge and indigenous societies and Knowledge and politics would be more engaging for my students, and engagement is my watchword this year.  I don’t think Knowledge and religion would be a good fit for me or for students.  I’ll probably end up waiting a couple of months before I make a final decision.

One tricky part is that everything – these themes and the next-up Areas of Knowledge are supposed to taught in the context of the Knowledge Framework:  scope, perspectives, methods and tools, and ethics.

Perhaps end each theme, and each of the following Areas of Knowledge, with a very simple version of the Exhibition.  In other words, the first time in the Knowledge and the Knower, it would be a full-fledged exhibition while everything was “fresh.”  Then, these subsequent mini-exhibitions could be objects they connect to a knowledge question in the Teacher’s Guide for the themes and Areas of Knowledge, and students just have to make one or two points about it (for example, one TOK teacher in my summer refresher course listed “Links”, “Justification”, “Real World Context”, and “Evidence”).  This could ensure they don’t forget about the Exhibitions and function as good formative assessments.

We’re supposed to cover these four Areas of Knowledge:

I think I can spend two-and-a-half weeks on each Area of Knowledge.

That would take us up to the end of April.

If this timeline is correct, it would leave us with two-and-half or three works for students to individually do the official TOK Exhibition (remember, they did practice ones in small groups in December).  And, as they did then, I would like them to prepare presentations, probably in a PechaKucha fashion.

That would mean they’d have about three weeks to write the practice TOK essay.  It’s a practice essay because the way our school schedules TOK, we don’t get the prompts for their official essay until September of the following school year.  Usually, I have student write them on their own.   However, since it’s “practice” and since engagement is my “watchword” this year, I’m thinking of giving them the option to work in pairs.  Then each pair (or individual if they want to do it alone) chooses a different one from a the list of Knowledge questions in the TOK Teacher’s Guide.  Maybe, instead of actually writing the essay, I can have students create a presentation about how they would answer the prompt if they were going to write an essay?

I then work with students  in their senior year outside of their regular classes  and they write their official essays.

Fortunately, it doesn’t appear that IB has made major changes in the essay, so that’s one less thing I have to worry about.

Well, that’s it for now.  Future powers will elaborate on what I’ll be doing with the Optional Themes and with the Areas of Knowledge.

The “Telephone” Game For Theory of Knowledge Students