Thanks, Sen. Cotton, Your Criticism Of The 1619 Project Means That Students Everywhere Will Be Much More Interested In It 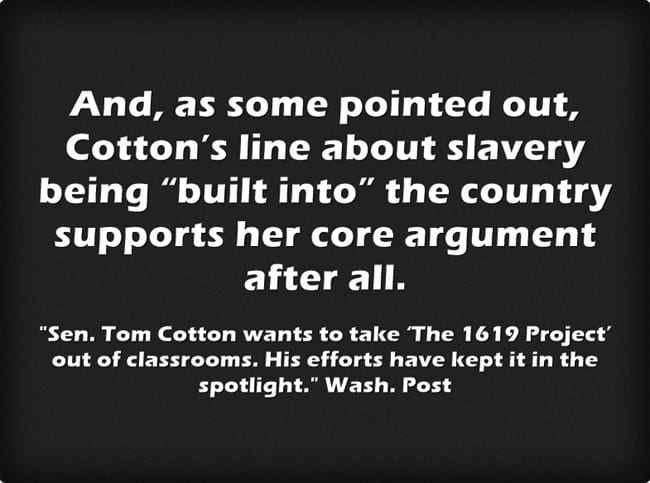 Senator Tom Cotton did teachers everywhere a great service yesterday by making a ridiculous attack on The New York Times “1619 Project” and the fact that some school districts are using it to teach about slavery.

You can read about his comments at Sen. Tom Cotton wants to take ‘The 1619 Project’ out of classrooms. His efforts have kept it in the spotlight.

Now, we just have to introduce the Project by first sharing his criticism – there’s nothing like irrational criticism of something to get our students more interested in it.

I do the same thing in my IB Theory of Knowledge classes by sharing right-wing criticism of the class – it immediately peaks their interest in the class.

I’m adding this info to USEFUL RESOURCES FOR LEARNING ABOUT THE 400TH ANNIVERSARY OF BRINGING ENSLAVED AFRICANS TO AMERICA.

Mexican Museum On The Drug War