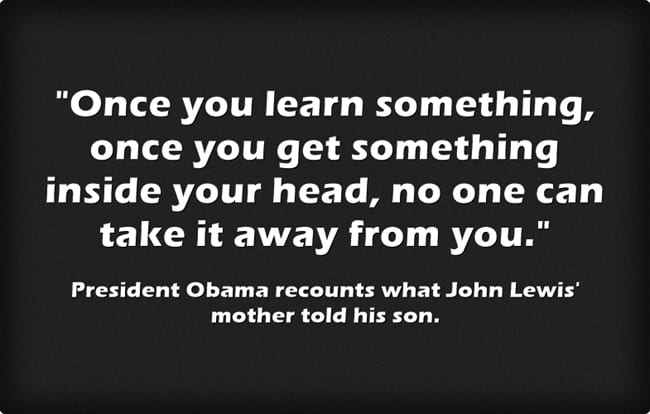 I’ve also embedded some quotes from it after the video.  I think they could be particularly useful in a classroom lesson.

"John Lewis will be a founding father of what will be a fuller, fairer America" President Obama

"You look at those pictures, and John looks so young, and he's small in stature, looking every bit that shy and serious child that his mother had raised. And, yet, he's full of purpose.," President Obama at John Lewis' service talking about images of Lewis right before Selma

"Once you learn something, once you get something inside your head, no one can take it away from you" – President Obama recounts what John Lewis' mother told his son.

The Best Sites For Learning About The War In The Pacific