On Sept. 21st, Zoom Implements A Feature To Allow People To Choose Their Own Breakout Rooms

They have now announced it will be unveiled on September 21st: 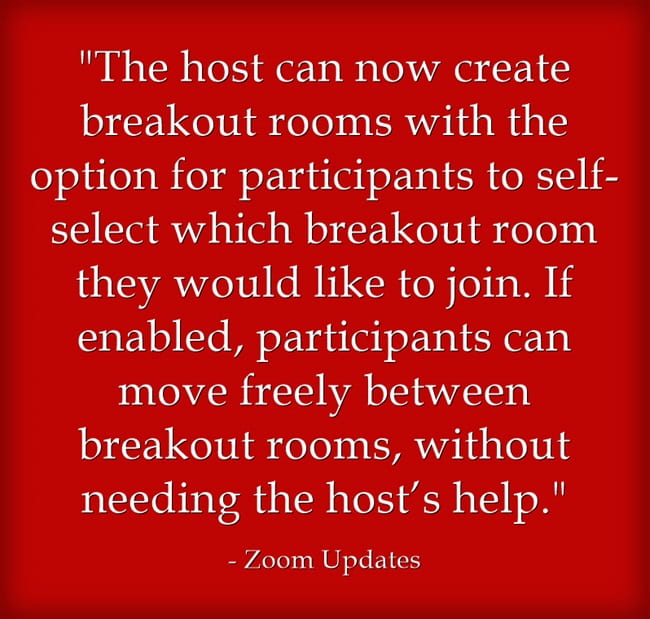 Based on my clumsy and time-consuming attempts at having students choose their partners by renaming themselves with the same numbers before their first names, this new feature will certainly be welcomed by my students and me.

However, I’m not real thrilled by the fact that it also means that students can also move to other rooms on their own.  Certainly, students going to talk with members of other groups in the physical classroom can sometimes be distracting.

I’ll give this new feature a try.  If the movement between rooms becomes a problem, though, it’s back to “45 Ryan” for me….

I Wonder How Many District & School Leaders Are Applying This Research Finding Today?