“PuzzGrid” Is An Excellent Inductive Learning Game For ELLs & All Students 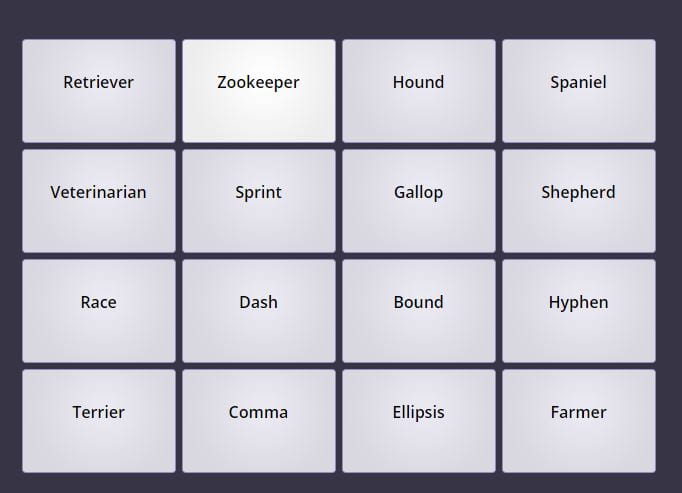 Only Connect is a British game show where contestants have to find connections between items in sixteen boxes – each category has four boxes.  I posted about it many years ago.

The show used to have online examples that people could play online, but they removed them.  They were too difficult for English Language Learners to play, anyway.

However, I’ve periodically used the concept as a game in with my English Language Learners – it’s a great inductive learning (see The Best Resources About Inductive Learning & Teaching) exercise to promote higher order thinking.  Typically, I’ve challenged students to create their own, which they then share with classmates to play.

Today, through the great Blog de Cristina, I learned about a free online version called PuzzGrid.

Users can easily create their own and have others play it.

For example, one is at the top of this post.

Once a player identifies the four categories, you are then challenged to explain what the categories are – in other words, how they are related: 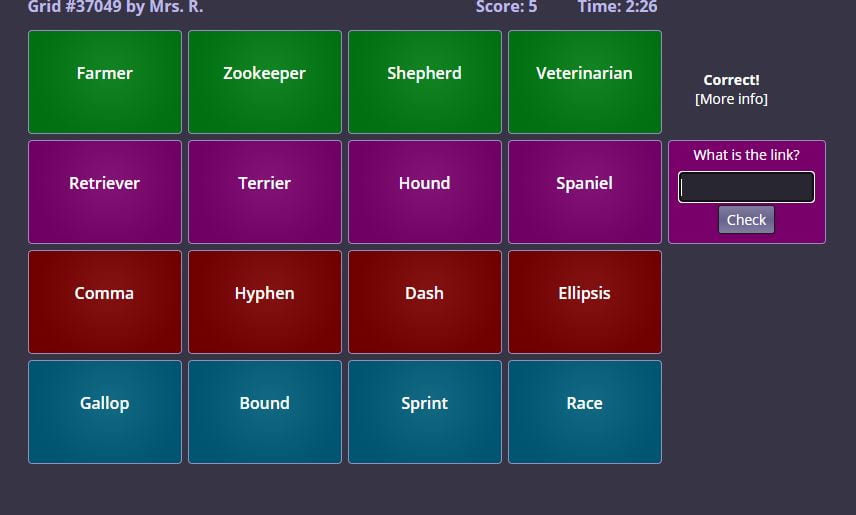 One nice thing about this second part is that you don’t have to exactly reproduce what the game originator said was the connection – just writing a key word seems to work.

They’re so easy to create, I think I’ll try making one for my ELL class. Then, I’ll post the link in the Zoom chat. Next, I’ll ask everyone to share their screens. I’ll be able to see everyone working on it.

ClassTools also has an online version of the game.