Should Schools Start Preparing For A Wave Of Unaccompanied Minor Refugees? 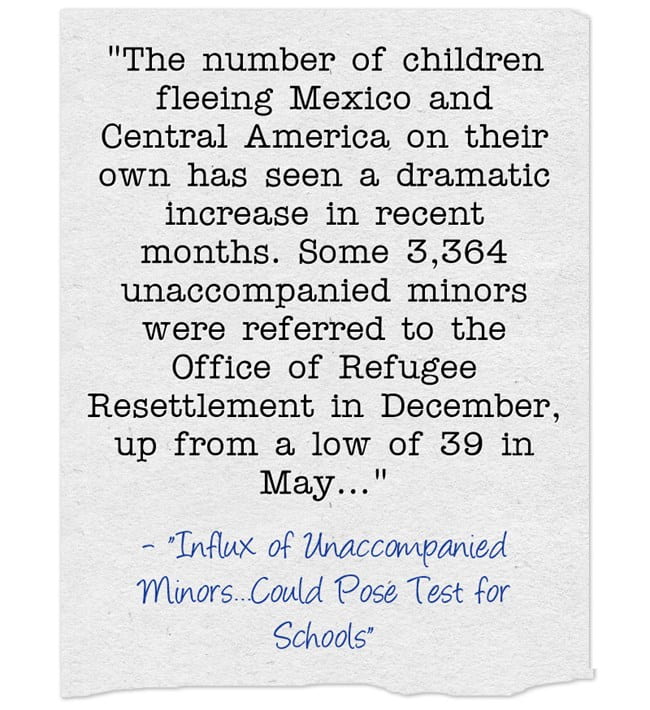 With the ending of former President Trump’s draconian immigration policies, it appears possible that more children fleeing Central American gang violence may be trying to enter the United States.

Influx of Unaccompanied Minors Along Southern Border Could Pose Test for Schools is a new article from The 74 detailing a recent increase.

Thought it’s obviously nowhere near the numbers of eight years ago – at least yet (see The Best Resources For Learning About The Children Refugee Crisis At The U.S. Southern Border) – I don’t think it would hurt for us educators to take some time to reflect on those previous experiences.

Our school high school probably received nine-or-ten unaccompanied minors during that wave, and every one of them ended up dropping-out within a year or a year-and-a-half.  Though it obviously wasn’t all “on me,” I do view it as one of the biggest failures – if the not the biggest failure – of my professional teaching career.

I also know that we were not an “outlier,” and that many other schools had similar experiences.

Most of those who came to us had been out of school for many years, had minimal literacy in Spanish, and had experienced incredible trauma.

One major difference now for us in California is that, because of recent changes, all children – regardless of immigration status – are insured, and that includes mental health services.  Though it is challenging to find Spanish-speaking counselors, I’m hopeful this resource can make a difference.

I’m eager to hear about readers’ experiences during that time – what were your successes and what can I learn from you?

Video: “The Gift” Is About ELLs & Is Definitely Worth Watching