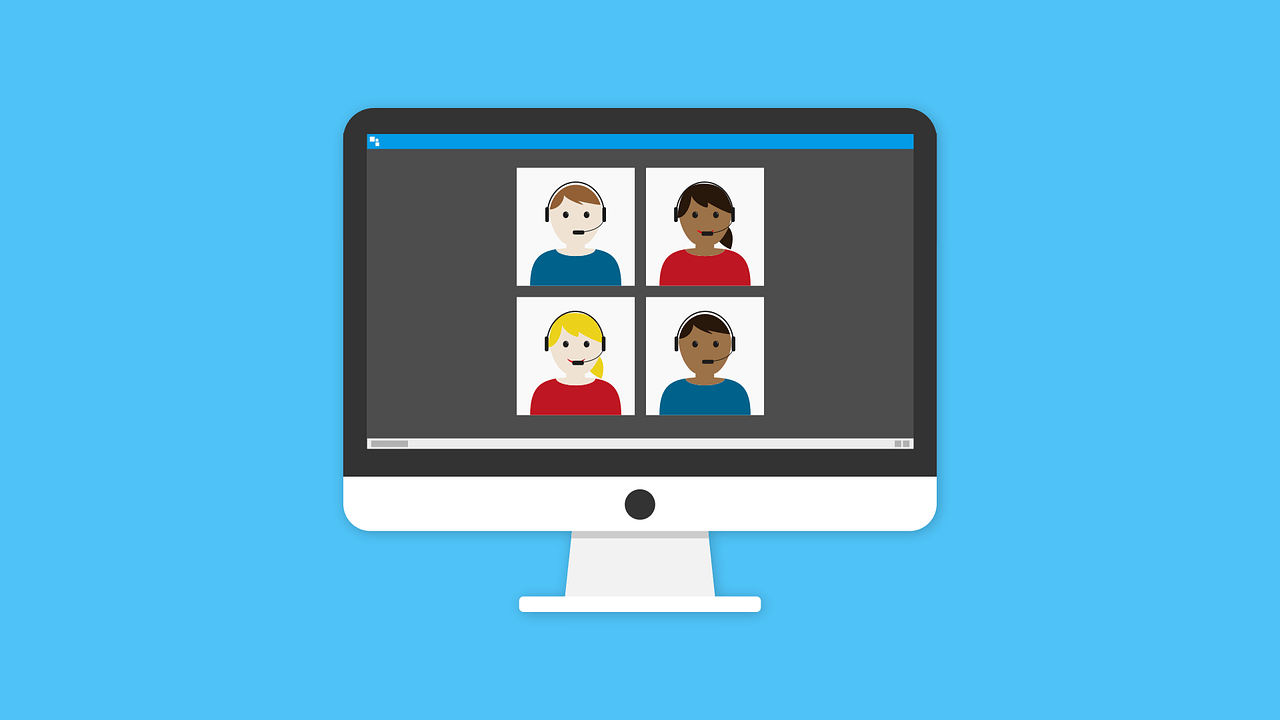 I’ve written a number of posts about different ways I’ve used breakout rooms in Zoom, ranging from having students play Quizizz against each other in teams to modifying the Messenger and Scribe game for ELLs.

Since Zoom allowed self-select as an option for going into breakout rooms (see I DISCOVERED TODAY THAT OUR DISTRICT HAD PUSHED OUT ZOOM UPDATES TO CHROMEBOOKS & OUR STUDENTS CAN NOW SELF-SELECT BREAKOUT ROOMS!), even more possibilities were created….

We’re all familiar with using “speed-dating” in the physical classroom – lining students up facing each other in multiple rows, having students do an activity together (often sharing a completed piece of work) and then students in every alternate row move down one to share with the next person.

I’m sure a zillion teachers have already tried doing this in Zoom, but I did it for the first time today and it went great.

I had modified an assignment I saw in our old Theory of Knowledge textbook, and students had to first pick a tree, the sun, or a dying child, and then draw it three different ways – through the eyes of someone in three of the five disciplines that make-up the Human Sciences (psychology, anthropology, political science, economics, and sociology).

As students entered Zoom, they saw this slide: 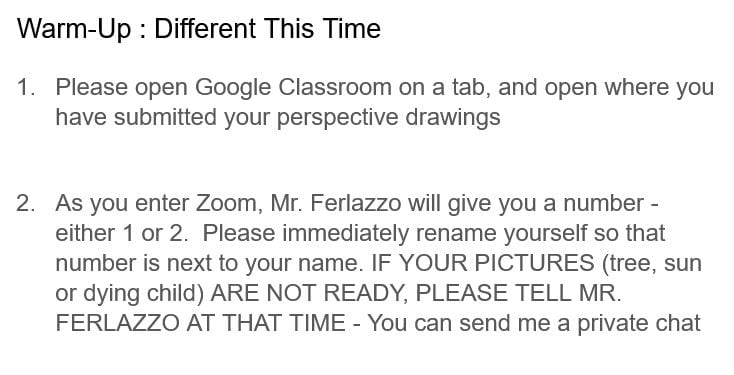 Then, after doing a few other things, I shared this slide: 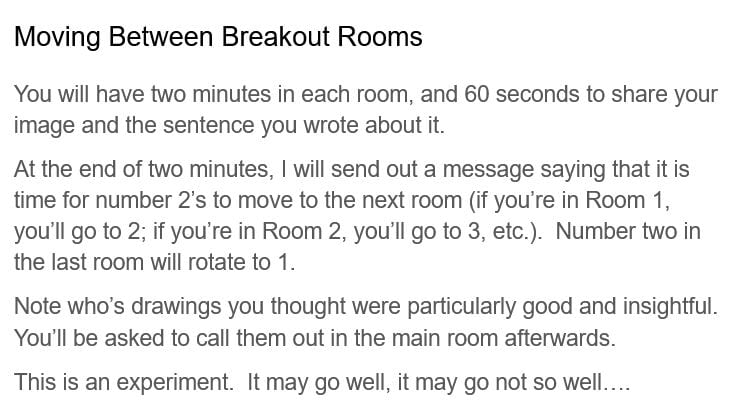 I then quickly told each “1” student to go to a breakout room, assigning each to number one, number two, and so on. Next, I did the same to the number two’s.

I sent a message to the breakout rooms to begin, regularly sent out other messages letting them know how much time they had left and when it was time to move, and it went extremely smoothly.

I could always see who was in what room and joined a room when one or two students had some initial confusion, but problems were very minimal.

Afterwards, I polled students, and then unanimously loved it.

Just one more tool in my virtual toolbox……

Ed Week Officially Announces Their Scheduled Ed Chat With Me