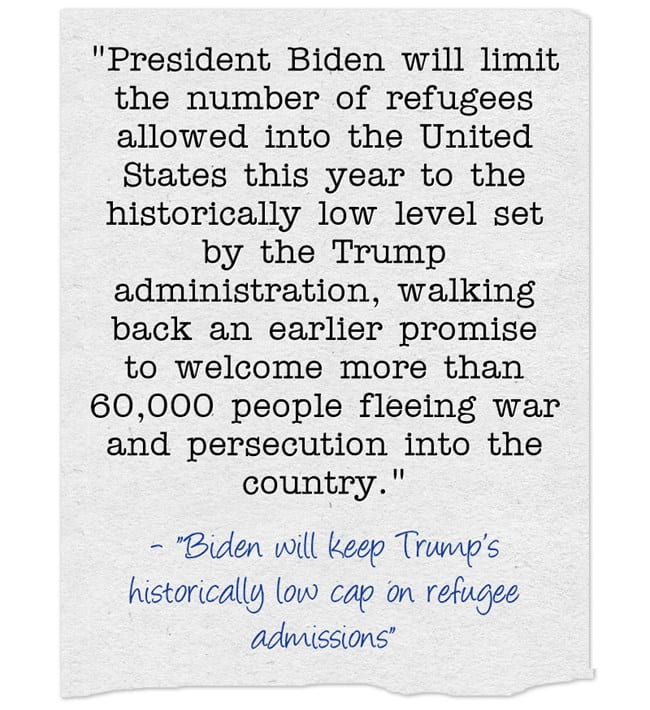 After committing to increase the numbers of refugees accepted by the United States this year, the Biden Administration has changed its mind.

You can read more about it in The NY Times article, Biden will keep Trump’s historically low cap on refugee admissions.

President Biden has been doing a lot of great things, but this decision and the one to continue having standardized tests this year have been very bad ones.

And this decision on refugees is likely to cost lives.

I’m adding this post to The Best Sites For Learning About World Refugee Day.

UPDATE: It appears that the strong negative reaction to the Biden administration may have caused them to back down:

.@PressSec: “President to set a final, increased refugee cap for the remainder of this fiscal year by May 15.” pic.twitter.com/47SDBzSWxh

Breaking News: After backlash, the White House abruptly reversed course on the number of refugees it will allow into the U.S., saying it will increase a Trump-era cap on admissions next month. It did not specify a number. https://t.co/v8LfwFKbKz

A Collection Of Recent Infographics & Interactives