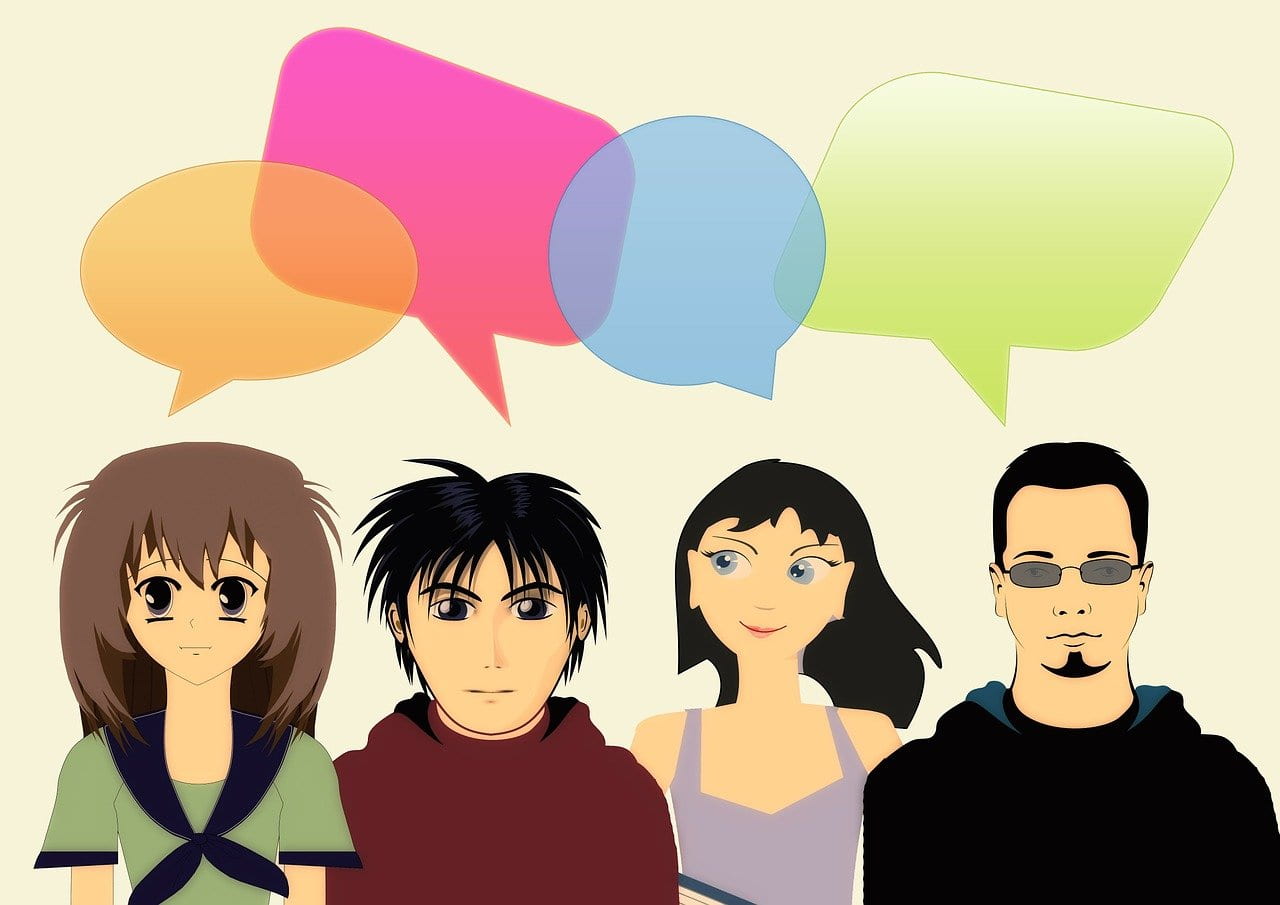 I haven’t done a very good job promoting speaking practice with my ELL History class this year (it certainly hasn’t helped that – up until this past week – we had been on full-time distance learning.

Between a desire to want to do some new and different activities during the final two months of school and a desire to add speaking practice to the mix, I came up with a new activity I’m calling “Critical Thinking Dialogues.”

I first begin with a short Read Aloud related to a topic we had studied.  In the example I’m discussing in this post, it was a Read Aloud about students having to drop out of school to work and help support their families during The Great Depression.

The Read Aloud is followed by a dialogue, which I first model.  It includes several blanks that students have to complete that basically answer a question with their reasoning that supports it, and that also includes some humor. In some ways, it’s an oral and simplified version of the ABC Paragraph.  Groups of three students go into Zoom breakout rooms (or practice in my physical classroom) to work together to fill-in-the-blanks and then perform for the entire class.

Here’s The Great Depression Critical Thinking Dialogue (you can download it here).

Student One: It was pretty interesting learning about the Great Depression.

Student Two: Yes, it was interesting.  I didn’t know so many people didn’t have jobs for such a long time.

Student One: It lasted ten years!

Student Two: And so many people didn’t have enough food to eat!

Student One: If you lived back then, do you think you would have left school and tried to get a job to help your family?

Is it an earth-shatteringly creative instructional activity?

Of course, it isn’t!

But it’s a nice “twist” on the typical dialogue, and it can be modified for any content class.  They can be made increasingly more demanding and, ultimately, students can create their own.

I’ll have quite a collection of them by the end of the school year, and we’ll include downloadable versions of them in the second edition of The ELL/ESL Teacher’s Survival Guide.  The second edition will be out next year, and will be at least twice the length of the first edition.  And, as in all of “my” books (in quotation marks because many, like the Survival Guide, are co-authored), all the student handouts for this one will be available for download without having to purchase the book or registering on any site.

If you have suggestions on how I can improve this activity, please share.  I’m all ears!

I’d Like To Use One Of These Online Economics Self-Paced Programs With ELLs – Do You Have Recommendations About Which Ones Are Best?

WOW Statistic Of The Day: 117,000 Unaccompanied Expected This Year