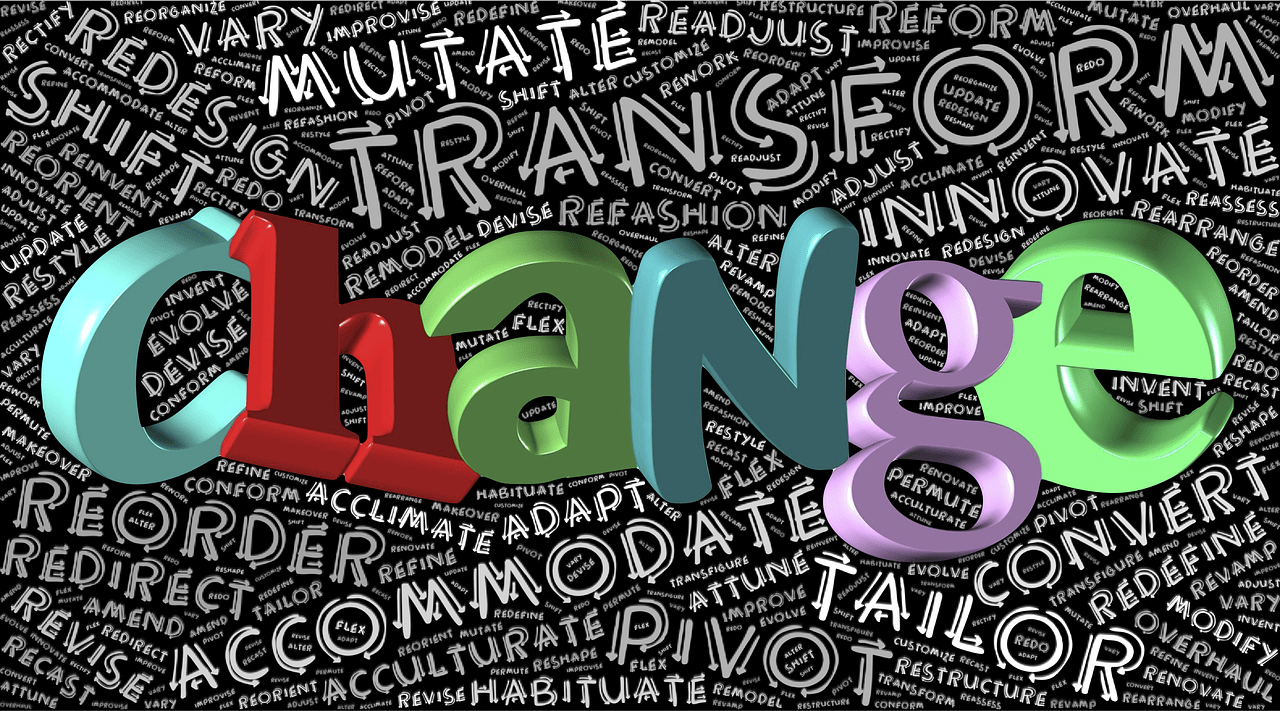 It’s extremely challenging to teach that class when doing it concurrently and meeting just twice a week.

That last environment is where we’ve been at since mid-April.

I began a story-writing unit in early May with the class.  The Intermediates have been able to do a very (and I mean very) abbreviated version of My Entire ELL Beginners Seven-Week Unit On Writing A Story (Including Hand-outs & Links), primarily using The Ten Downloadable Graphic Organizers I Use With ELL Beginners To Write A Story.

It’s been a different “story” (pun intended) with the Beginners.

Here’s what I’ve done that has seemed to go well:

As in my regular unit, we’ve been reading The Story Of Ferdinand together (Intermediates read it on their own).  The students in class have been using a hard copy, while I’ve been displaying this video (with the sound off) on Zoom:

As we read, I’ve been translating the text in Spanish.

There are natural points in the story that lead to student prompts, which I’ll share in the next section.

After we get to those stoppage points, I stop screensharing in Zoom and ask students in class to close their books.  I then dictate short phrases of between two-and-five words to students that come from the section we just read.  Students in class write them down on mini-whiteboards, while students on Zoom write them in private messages to me on Zoom.

After a few of those, we move to the writing prompt….

Writing Responses To The Reading

Next, I share and explain a prompt I want students to respond to on a Padlet, where they can also see a model that I have created.

For example, the first prompt comes after the story talks about Ferdinand’s “favorite spot.”  I ask students to write and draw about their favorite spot.  Here’s  my model: 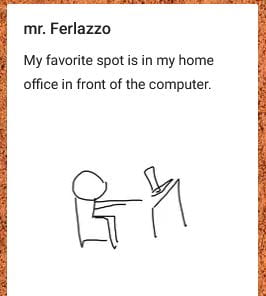 I explain to students that it’s unlikely that they will be able to draw as well as me ( 🙂 ), but that they should try their best.

I also ask students to create another box right below their response where they record what they wrote (Padlet doesn’t see to allow you to draw and record in the same box).

Students then read what they wrote to the group while I’m showing their drawing, and also play their recording.

In addition to the “My Favorite Spot” prompt, here are the other ones we’ve used:

What worries do your parents/guardians have about you? (Ferdinand’s mother worries about him)

What do you want most in your life? (The other bulls want most to be picked for the bullfights)

Write about a time you were surprised. (Ferdinand was surprised by the bumblebee)

Write about a celebration you attended. (There was a parade to the bullfight)

What is the nicest thing you have smelled. (Ferdinand smelled a flower in the bullfight ring)

We went through The Story of Ferdinand defining the words through identifying their parts in the book.

Now, students are finishing up the unit, and our school year (we only have a few days left) writing their own story.  I’ve created a Padlet using their “Shelf” layout, which is in columns.  I’ve written the name of each student at the top of their column, and they can see this model I’ve created: 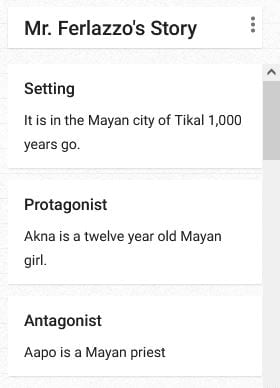 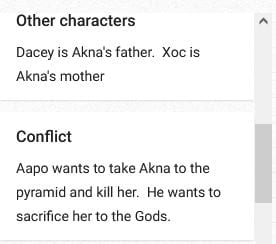 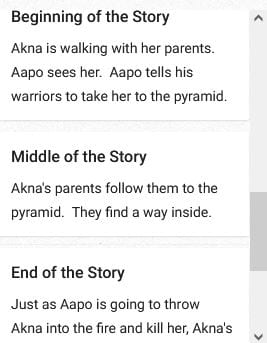 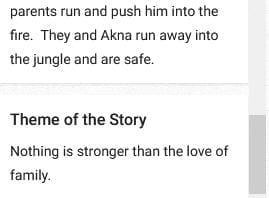 We’re doing this next week, and I think it should go well.

As I said earlier in this post, it has certainly been a challenge – as you know, this whole year has!

I have usually done this unit after students have developed more English proficiency, but making these adaptations is making it more accessible to students with very minimal English skills.  I’m sure I’ll integrate some of them into the story unit I do when we’re back to “normal” times.

Let me know if you have suggestions on how I can make it even better!

I’m adding this post to Best Posts On Writing Instruction.