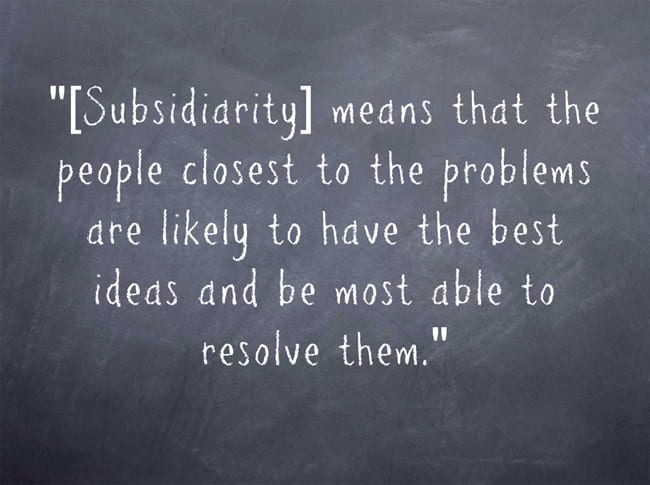 Jeffrey Garrett & Dr. Manuel Rustin host a must-watch education video show called All Of The Above.

I was honored earlier this year when they invited me on to talk about English Language Learners and the pandemic (I’ve embedded that show at the bottom of this post).

I was honored again when they asked me to join several of their other guests to share key takeaways we have from this wild year.

It’s worth watching the entire show (I’m on at about the twenty minute mark).

Below the video, I’ve pasted a more-or-less transcript of what I shared.

My biggest takeaway is reinforcing the importance of the principle of subsidiarity.  It’s from the Catholic Church.  Bryan Stevenson, the racial justice organizer, calls it a different term.  He say’s “get proximate.”  It means that the people closest to the problems are likely to have the best ideas and be most able to resolve them.

My evidence about this is primarily anecdotal, but there are a hell of lot of anecdotes to support it because I talk to lots of teachers around the country.

You had some districts engage with teachers and our unions – and with parents and students – regularly about how to respond to the pandemic and, from what I have seen and heard, their years proceeded with less disruption and more learning.

You had other district leaders who felt like they were the smartest people in the room and that there was little need to engage.  And, of course, as the saying goes, if you are, indeed, the smartest person in the room, then you are in the wrong room.   There were many districts like this but, unfortunately, a perfect example of this hubris was our district in Sacramento whose tagline, prior to talking about reopening plans with our union, was “We’ve thought of everything!”

Then they met with our union, and learned about everything they hadn’t thought of, or thought of far too late, like the fact that it was going to be difficult to do concurrent teaching with all the teacher computers that were ten years old.

You had districts who insisted on doing centralized efforts to track down missing students, instead of having local schools hire residents who had relationships in the neighborhoods to do it.

You had districts who just communicated with families through online surveys, instead of recognizing it was going to take a lot of pro-active outreach by phone and safe door-knocking to reach many low-income families of color.

On a classroom level,  I think many teachers, including me, recognized that if we were going to make remote classes work, we needed to promote student voice on steroids.  For example, I developed leadership teams in each class who led small groups, debriefed regularly, and made changes.

And here’s the previous show where I talked about ELLs:

Video: “Evolution On Earth In 60 Seconds”