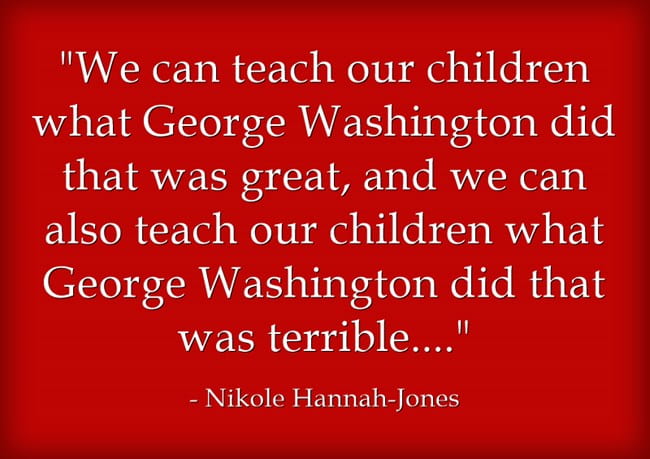 Ezra Klein Interviews Ta-Nehisi Coates and Nikole Hannah-Jones is a New York Times podcast (you can listen to it here or read the transcript here).

Here’s an excerpt that I thought was particularly striking:

NIKOLE HANNAH-JONES: …even at the darkest moments in this country, there was also always a biracial, sometimes a multiracial group of citizens, who are pushing for it to be better. Who were fighting for this country to live up to its highest ideals. And so it’s not simply saying, as those who oppose a more accurate, a more well-rounded understanding of our history say, that they’re teaching kids to hate whiteness or to hate all white people. We don’t get the 13th, 14th or 15th Amendment passed without white people who believed in this as well because Black people could not serve in Congress to pass those laws.

You can’t just put a person in a category as being good or bad, but that’s how we’ve wanted to teach the history of this country, and we have to be more honest….

And we do have the ability to build a country that is different, that is not held hostage to the past. But we won’t do that by denying that upon which we were built. Because that past is shaping us. It is shaping our country, our politics, our culture, our economics, whether we acknowledge it or not. And all I’m saying is let us acknowledge that upon which we were built so that we can try to actually become the country of these majestic ideals. And I do believe the ideals are majestic, we just have failed to live up to them.

I’m adding this post to THE BEST – & MOST INTERESTING – RESOURCES FOR STUDYING HISTORY.