Here’s The Cover Of Our New Book! 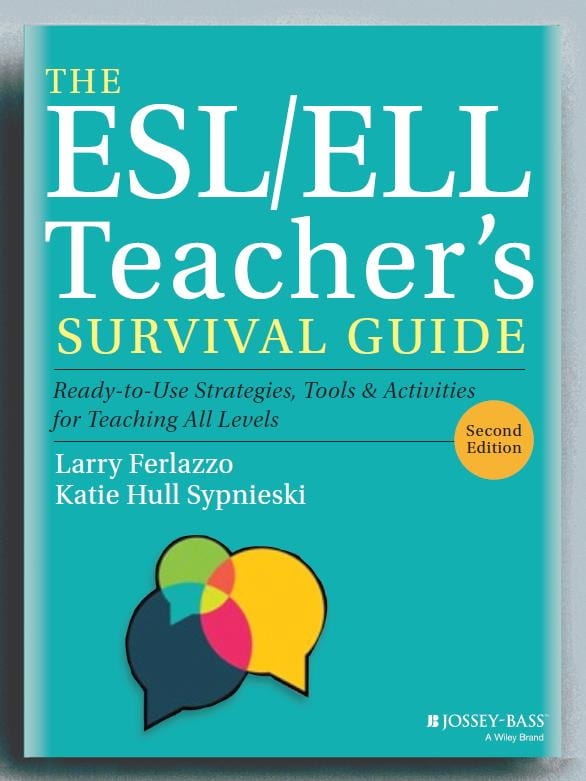 Here’s the cover of the second edition of The ESL/ELL Teacher’s Survival Guide!

We’ll be submitting the final manuscript within days, and it scheduled to be published in early April of next year, though our books usually come out a bit earlier than the official publication date.

You can pre-order it here.

I’ve been told that most new editions have about thirty percent new content, and that’s the case for most of existing chapters that appeared in the first edition.  However, we’ve also added eleven brand-new chapters, which makes it about double the size of the original version.

So, if you already have the first edition, you’ll definitely be getting your money’s worth by getting the second one, too!

The new chapters include ones written by some of the best ELL educators around, including Stephen Fleenor, Cindy Garcia, Valentina Gonzalez, Antoinette Perez, Jessica Bell, Tan Huynh, Carol Salva, and Jenny Vo.