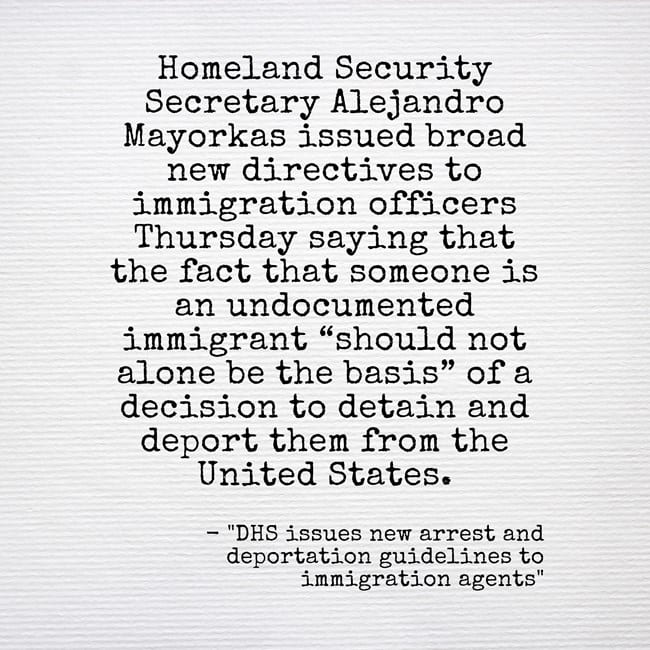 As you may have heard in the media, the Biden Administration announced new regulations guiding arrest priorities by ICE agents.

Instead of the dragnet approach favored by the Trump administration, here’s how The Washington Post described the new policy:

Mayorkas said Immigration and Customs Enforcement (ICE) officers should not attempt to arrest and deport farmworkers, the elderly and others who were vulnerable to deportation under the Trump administration, which allowed agents to arrest anyone in the United States illegally. He also said agents should avoid detaining immigrants who land on their radar because they spoke out against “unscrupulous” landlords or employers, or at public demonstrations. The new rules take effect Nov. 29.

I would suggest that broad ICE raids are morally questionable.  In addition, though, researchers have found that they can have substantial negative impacts on student achievement due to loss of family income, increased stress, and absenteeism – among other reasons.

You can read more about these impacts at:

The Effect of Immigration Enforcement on School Engagement: Evidence From 287(g) Programs in North Carolina

Study: Deportations widen Latino-white achievement gaps at school is from The Hechinger Report.

Immigration Enforcement and Student Achievement in the Wake of Secure Communities

A Look Back: 10 Fun Videos Showing The Importance Of Being Bilingual or Multilingual