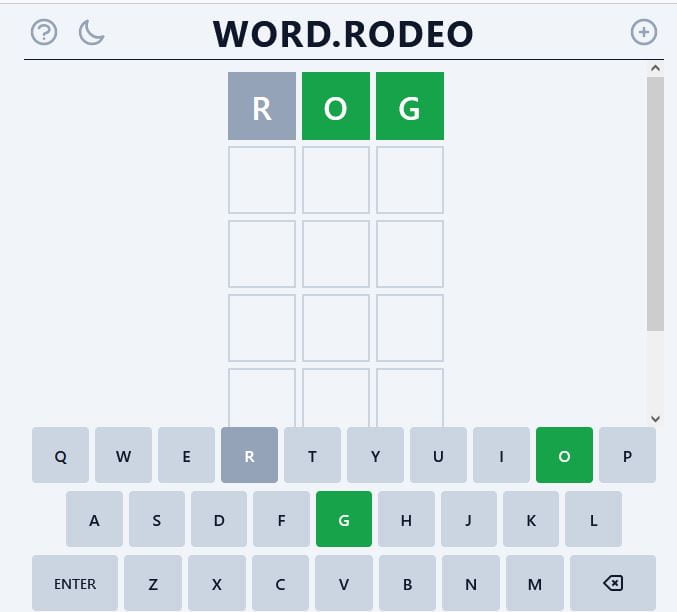 Sometimes it feels like the word game Wordle (not the old word cloud generator of the same name) has taken over the world – or at least social media.

Word Rodeo is like Wordle, with three major differences: One, the words can have fewer than five letters. And, two, you can create games using your own words.

Assuming that the game has enough differences to make it legal (I’m not an attorney, but I wouldn’t be surprised if that is the case), it seems to me that it could be accessible to ELLs to play and to create versions for their classmates to play.

The similarities might, however, create ethical issues since it so similar to the real Wordle, but since my ELL students wouldn’t play that version of the game, it seems like it would be okay. But I’m open to hearing critiques of my position, and open to changing it.

Addendum: Learning in Hand has posted Wordle Inspired Games for the Classroom. It shares many more tools offering similar games.

If you’ve caught the #Wordle word-game craze, then you’ll love these ideas for using it in the classroom and make your own word puzzles.https://t.co/2d3HHIpksT @lgracey#edtech #teachertwitter #learning

Minigroup Seems Like An Easy Way To Create A Social Network

“Hunt for the Noor Stone Game”