Learning About Our Teachers’ & Classified Strike – Via Memes

Damian Harmony is a talented teacher in our district, who also happens to be very creative when it comes to memes.

Here are some that help tell the story of our strike:

These are actual quotes from our Superintendent, who came to meet with our union’s bargaining team for the first time in three years when we did a sit-in at the District office yesterday (I say “we” but, though I am on the bargaining team, I had to leave after a time to pick up our dog from doggy day-care so did not stay): 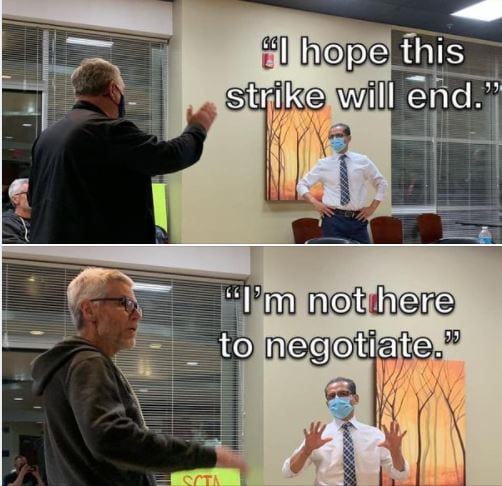 Our district has so much money in its reserve funds that the state is requiring it to spend tens of millions of dollars from it, but the district doesn’t want to do it until they feel they absolutely must: 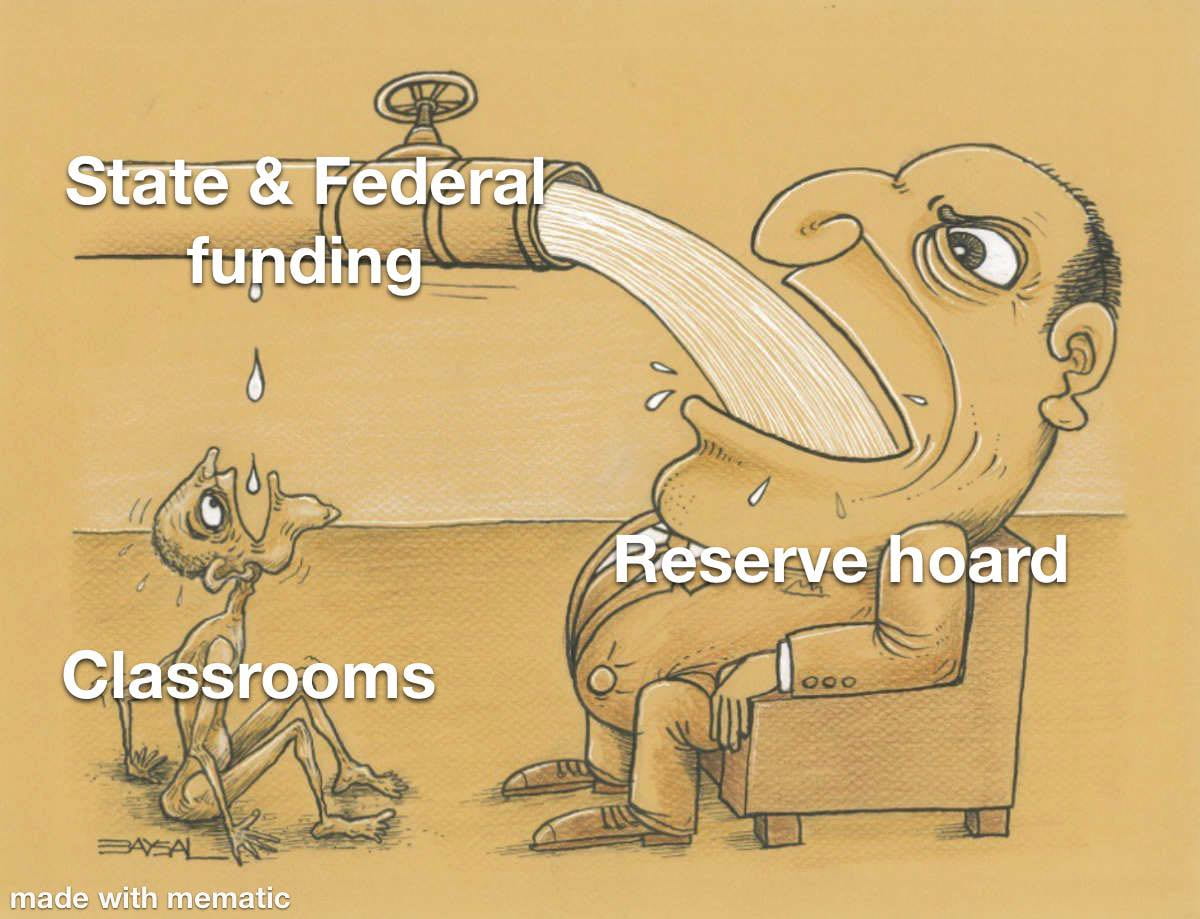 When the SEIU local that is striking with the teachers met with district negotiators about the district proposal, they made a number of counter proposals. The next day the district came back with the exact same contract EXCEPT the date was changed: 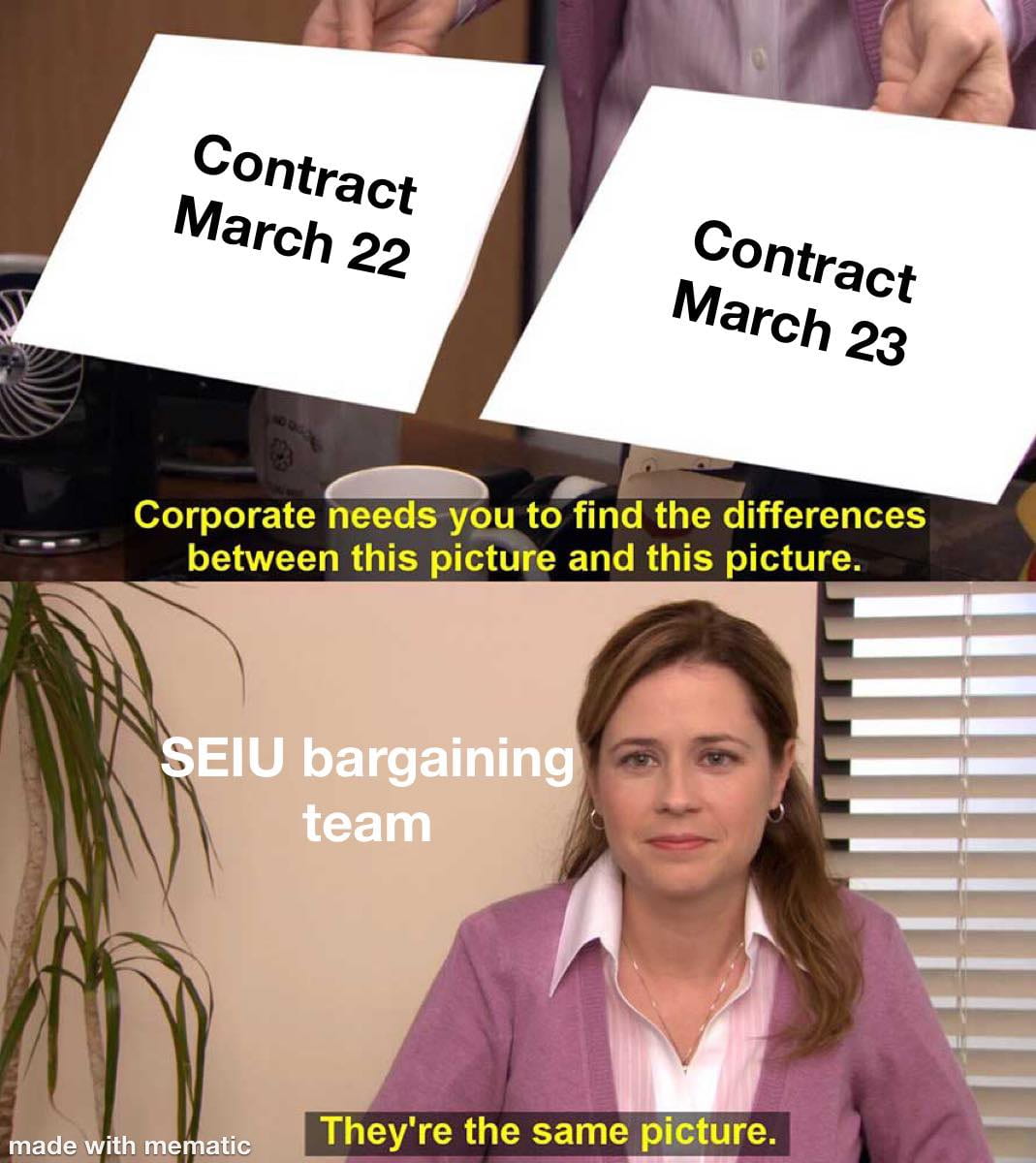 The district is trying to reduce teachers’ health benefits, yet showering our Superintendent with increased wages and benefits. In fact, the Fact Finder, selected jointly by the district and union, recommended teachers receive the same percentage salary increase the board gave the Superintendent. The District rejected the Factfinder’s report: 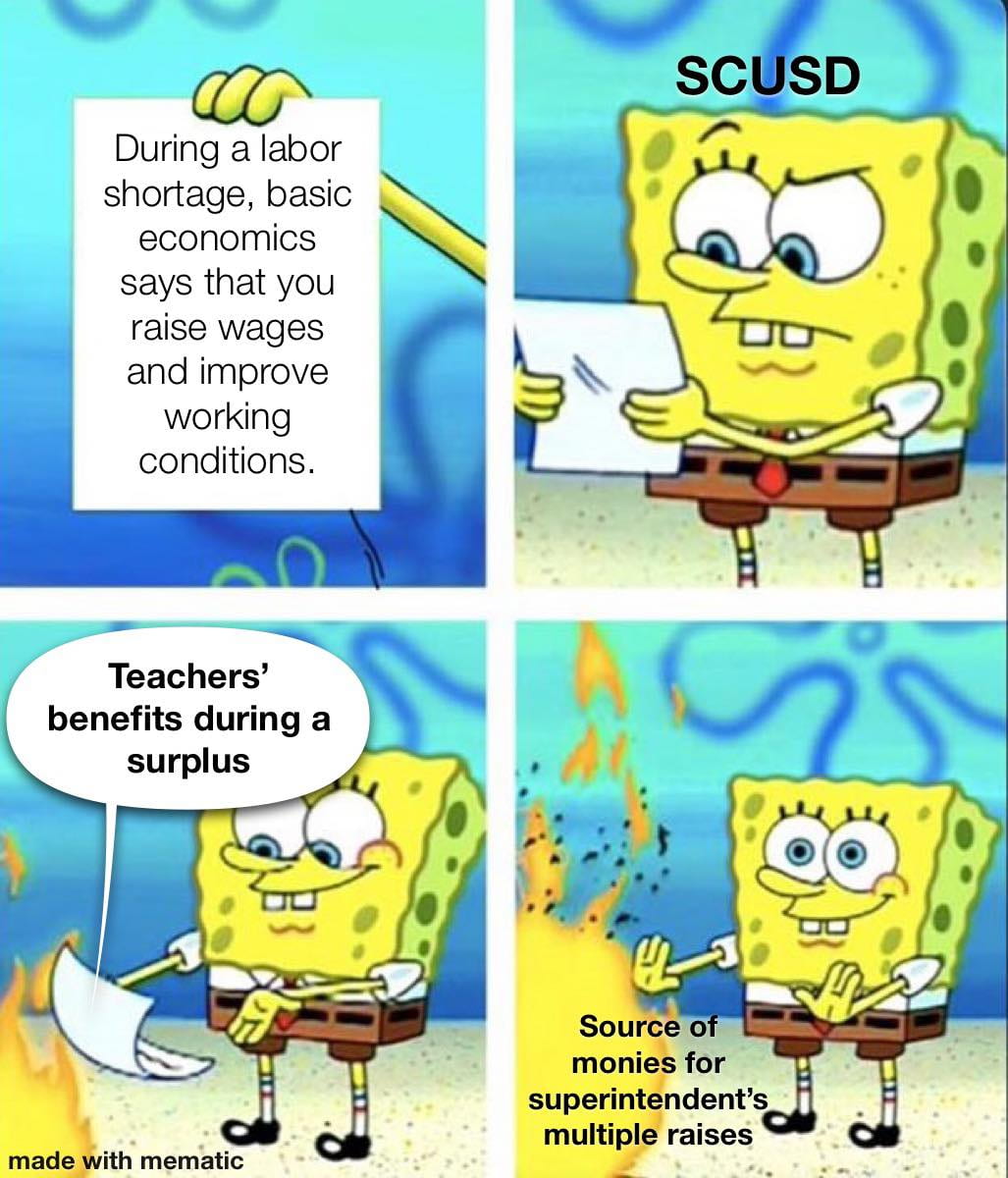 The byzantine bargaining process done by the district, which includes not having the superintendent participating in the negotiations and not having anyone on their team who has the power to make decisions, results in waits of hours while they “caucus”:

During mediation, our union accepted two of the district’s proposals. However, the district refused to sign them because they insisted these two separate proposals were part of a “package” with all the others: 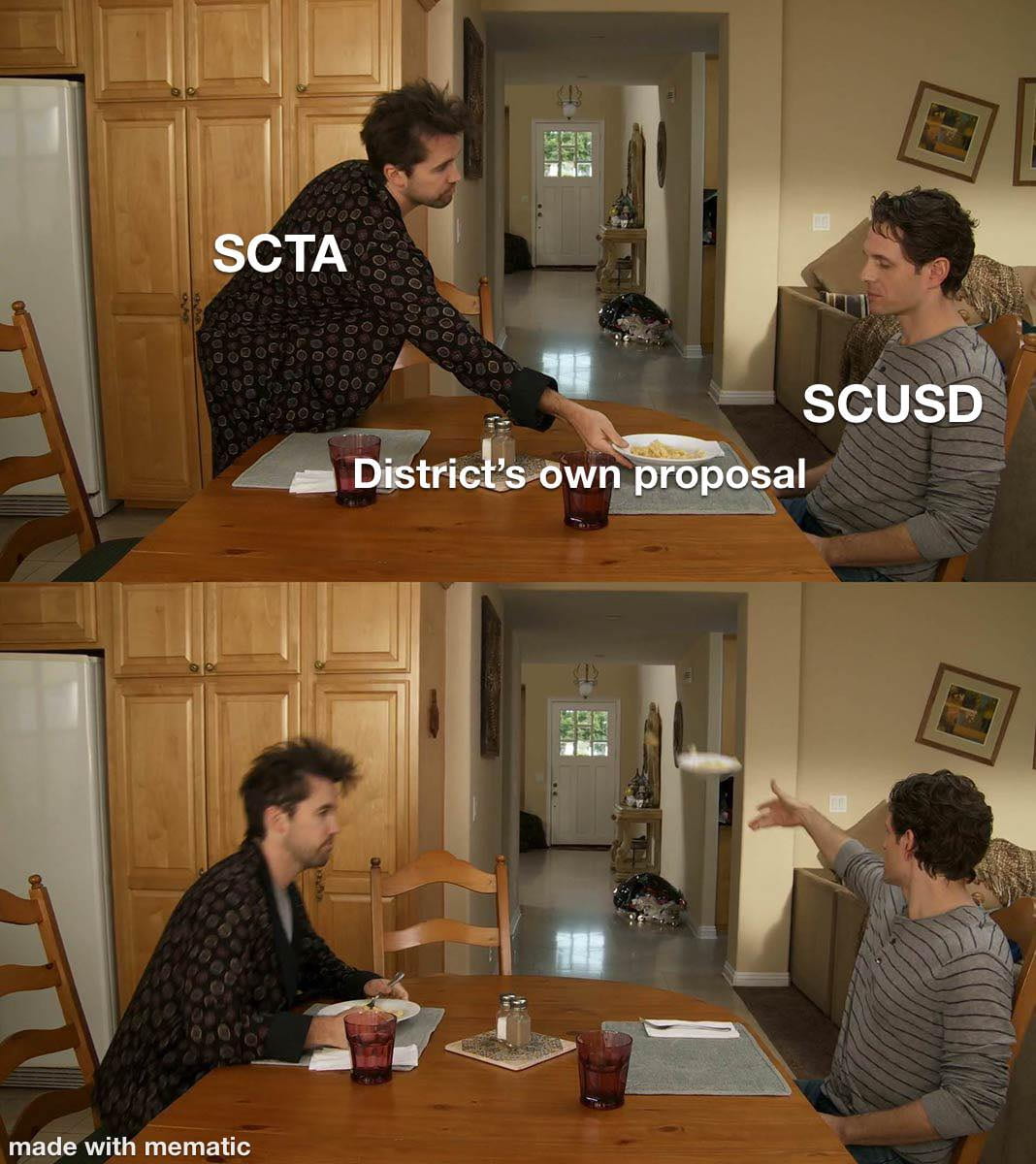 Statistic Of The Day: Too Many Students, Not Enough Teachers