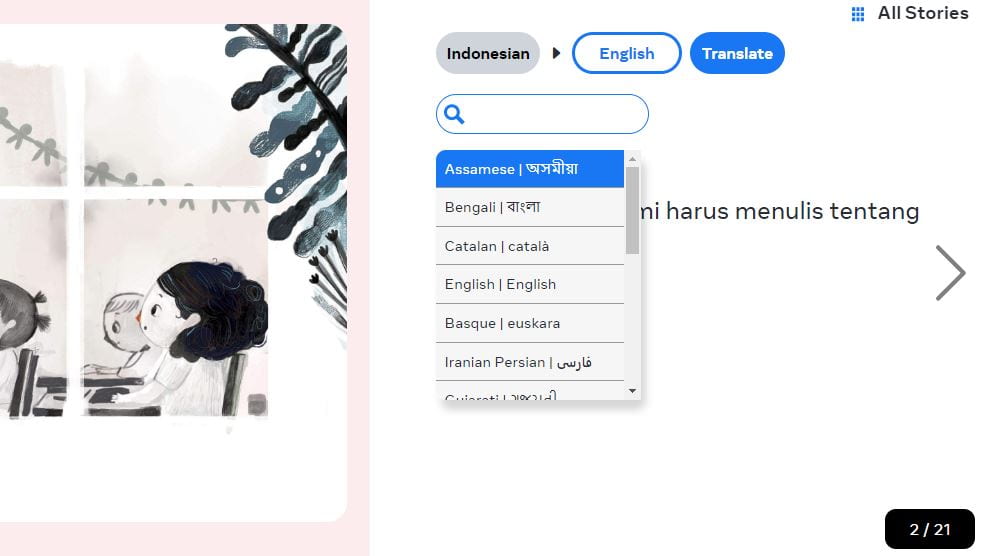 Meta (also known as Facebook) has begun a program called No Language Left Behind (yes, they used a name that is similar to the education reform disaster of decades ago).

They are developing an Artificial Intelligence tool to translate into two-hundred languages.

As part of this bigger project, they have created one called “Stories Told Through Translation.”   Here’s how they describe it:

Experience the power of AI translation with Stories Told Through Translation, our demo that uses the latest AI advancements from the No Language Left Behind project. This demo translates books from their languages of origin such as Indonesian, Somali and Burmese, into more languages for readers—with hundreds available in the coming months. Through this initiative, the NLLB-200 will be the first-ever AI model able to translate literature at this scale.

If you scroll down on their site, you can check out five of these translated stories.  Assuming they follow-through on the numbers of stories they plan to translate, this could be a treasure trove for ELLs and their teachers.

I’m adding this info to: