The Best Resources For Learning About Mastodon, A Potential Alternative To Twitter 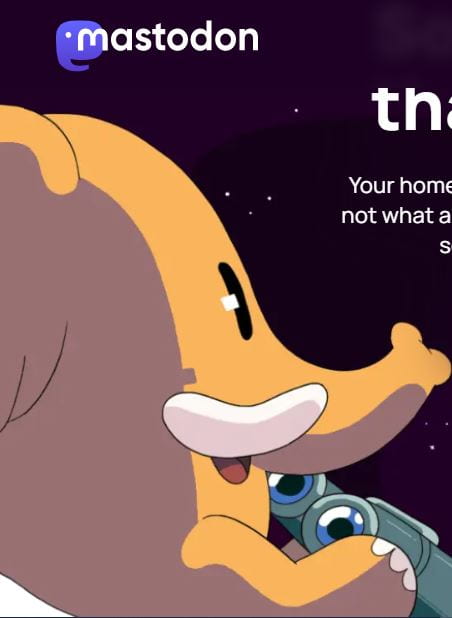 I’m not yet ready to abandon Twitter, and I’m hoping that Musk doesn’t totally destroy it.

But, just to hedge my bets, I’m considering trying out Mastodon.  For what it’s worth, you can connect with me at @larryferlazzo@mas.to  , but I’m still trying to figure it out.  It will be a low priority for me until Twitter goes down the tubes.

Here are some resources to learn more about it:

People are leaving Twitter for Mastodon. But not everyone is convinced it’s the best alternative — yet. is from NBC News.

A beginner’s guide to Mastodon, the open source Twitter alternative is from TechCrunch.

How To Leave Twitter for Mastodon is from PC Mag.

How to Move From Twitter to Mastodon is from LifeHacker.

Mastodon Presents Itself as an Alternative Platform to Twitter — Here’s How to Use It is from Distractify.

Ditching Twitter? How to get started with Mastodon is from ZDNet.

How to Join Mastodon, the Open-Source Twitter Replacement is from CNET.

Here’s a Guide To Mastodon

FediFinder is supposed to find the Mastodon handles of your Twitter connections.

The Best Resources On Instruction In 2020 – Part Two