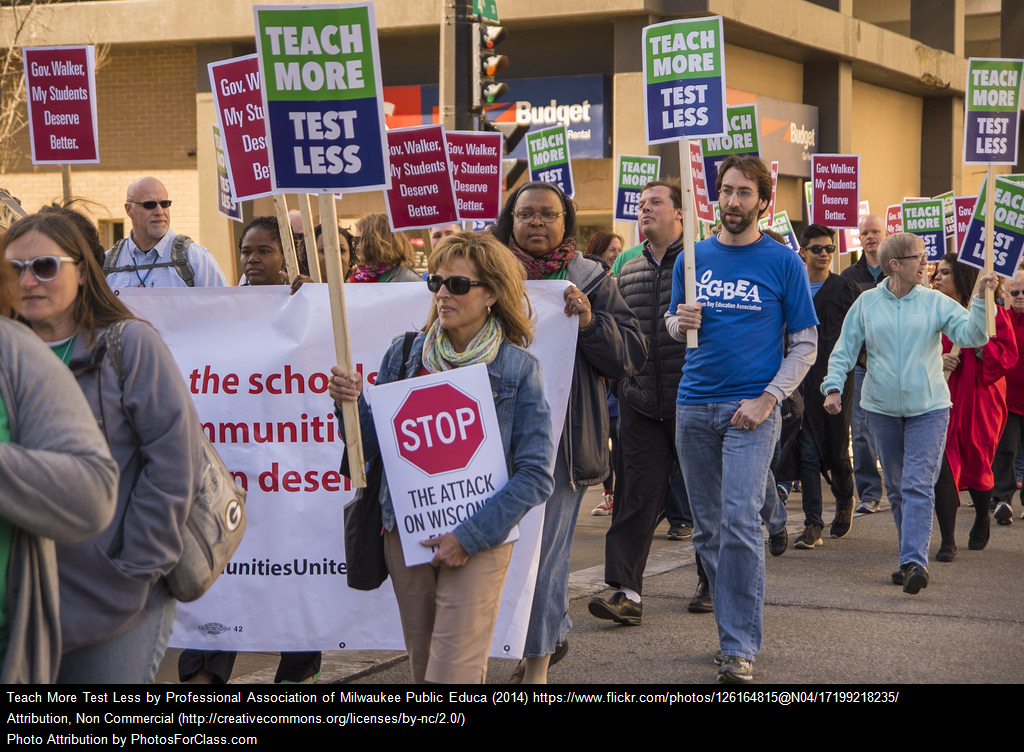 Today, the Obama Administration issued a call for less standardized testing – somewhat ironic since its policies have heavily contributed to their being increasingly used in states. At the same time, the Council of the Great City Schools issued a report on test use.

Here is a beginning list of articles about the two announcements. It just happened this morning, so there are primarily straight news reports and not much analysis. I’ll add more when those get written.

You might also be interested in The Best Posts On How To Prepare For Standardized Tests (And Why They’re Bad).

First, off, here’s the official document from the Department of Education making the announcement (thanks to Paul Bruno).

Obama Administration Calls for Limits on Testing in Schools is from The New York Times.

Your kids take 112 tests between pre-K and high school. Is that too many? is from The L.A. Times.

An in-depth report out today adds hard numbers to the national debate around #overtesting. https://t.co/3R6UG0bfNq pic.twitter.com/LrqtjG964P

Too Much Testing? Ed. Dept. Outlines Steps to Help States and Districts Cut Back is from Ed Week.

How Should Educators Respond to the Obama Administration’s Concession on Test and Punish? is by John Thompson.

Obama’s Change of Heart on Testing is from The New Yorker.

Study: Do Tests On Computers Assess Academic or Technological Abilities?

Statistic Of The Day: “Nation’s high school graduation rate ticks up for second year in a row”