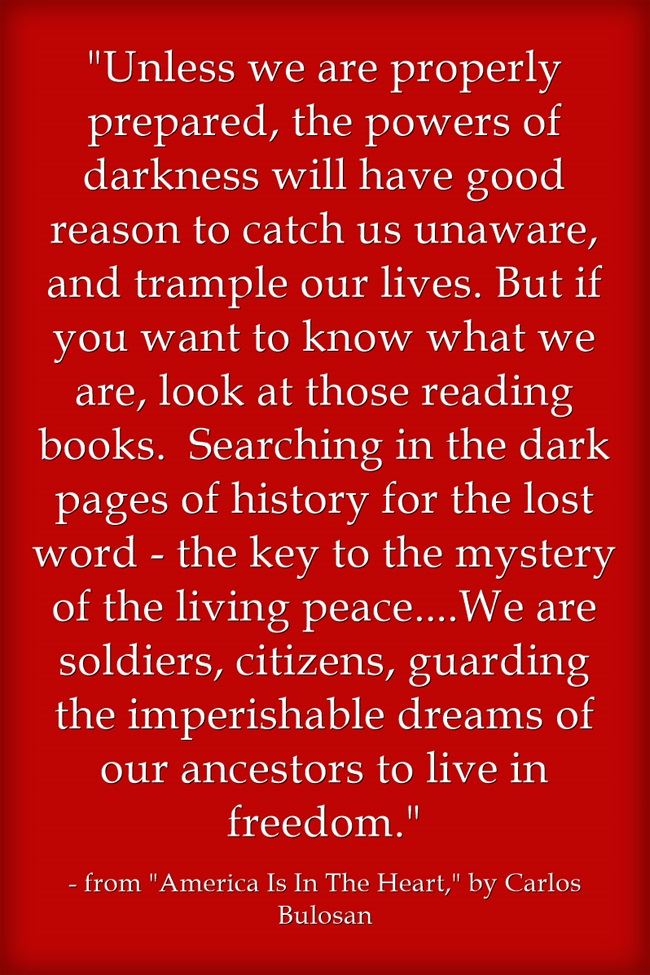 Here is how they describe it:

“America is in the Heart” is a novel written by Carlos Bulosan in the 1940’s to capture his Filipino American experience, but its words still resonate with the greater immigrant experience today.

This film, created by Frank Chi and presented by the Smithsonian Asian Pacific American Center, features a passage read by comedian Hasan Minhaj, community organizer Ivy Quicho, and writer Junot Díaz – and features footage from throughout the United States of some of the 45 million immigrants who have become Americans since the publishing of the book in 1946.

You can read more about it in the NBC News story, ‘America Is in the Heart’: Smithsonian video spotlights U.S.’s immigrant history.

The text of the video will make a great centerpiece for a lesson. Since it’s so short, it will be easy to transcribe or copy from the book itself. I just haven’t had time yet to do either.

It even includes shots of students learning in an ESL class!

From The Archives: “Home Visits and Hope for the Future”

A Look Back: More Studies Finding That If Educators Are Good At Raising Test Scores, They Might Be Missing The Boat With Other Skills