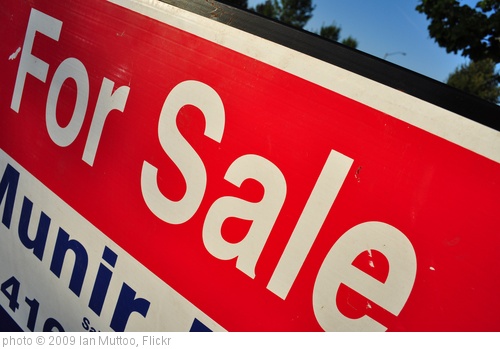 It’s not uncommon to hear that our schools need to be run more like businesses. That argument holds a lot of appeal to some people (including, but not limited to, people who might make a profit out of it).

I thought I’d bring together a few resources that provide a counterpoint to those beliefs. I’m starting off with a short list, and hope that readers will provide additional suggestions in the comments section of this post.

Here are my choices for The Best Posts & Articles Explaining Why Public Education Should Not Be Run Like A Business:

My Sacramento colleague Alice Mercer has written an excellent post titled The Business of Education. Here’s a short excerpt:

While I think there are some things that can be learned from best practices in other fields, trying to adopt reform models from business on a “wholesale” basis ignores some basic differences between the function and ecology of public education, and a for-profit business.

Diane Ravitch provides a good response to the third question (which is on the topic of business models and schools) in this Public School Insights interview.

Nancy Flanagan points out that schools might be able to learn some things from businesses, as long as we look at the right businesses.

Why schools can’t be run like a business tells a well-known story illustrating that point.

I’ve written a post about some of the consequences hospitals are experiencing in their efforts towards creating more “efficiency” and its implications for schools. It’s titled Should “Efficiency” Really Be The Driving Force In Hospitals (And Schools)?

“The Price Is Double” — Two Stories About School Reform & Money is another related post I’ve written.

Turning the Tide: Taking Competition Out of School Reform comes from Edutopia.

Déjà vu all over again: A lesson from the history of school reform is by Mike Rose and appeared in The Washington Post.

Business and Education Don’t Mix is by Walt Gardner at Ed Week.

What Do Teachers “Produce”? is by Diana Senechal and appeared in the Core Knowledge Blog.

I made some revisions to my book excerpt that appeared in Education Week recently, and it was just published in The Washington Post. My small changes connected the idea of helping students motivate themselves to school reform, and how perhaps making schools adopt what some see as business practices might not be a good idea.

Students & Their Families “Are Not Consumers”

Are Public Schools Supermarkets? is by Walt Gardner at Education Week.

Principals as Management, Teachers as Labor is by Walt Gardner at Ed Week.

Why I’m Against For-Profit Schools is by Chris Lehmann.

The corporate lobby and public education is by Valerie Strauss at The Washington Post.

False Choices: The Economic Argument Against Market-Driven Education Reform is a report from Minnesota 20/20.

The Dialogue With the Gates Foundation: What Happens When Profits Drive Reform? is by Anthony Cody.

Confronting the Free Marketeers: Will They Plow Through Us? is by Anthony Cody.

Profits, Lies, and Education Innovation is by Audrey Watters. I’m adding it to the same list.

Why schools aren’t businesses: The blueberry story is from The Washington Post and tells a well-known story, but provides a little more context to it.

A Teacher’s Advice to Commissioner King: How Schools Are–and Are Not–Like Business is from Diane Ravitch’s blog.

Run schools like a business? Flip that theory to see flaws is a great op-ed appearing in a North Carolina newspaper.

Nice NY Times Column Today: “Teaching Is Not a Business”

The Efficiency Index is by Walt Gardner at Ed Week.

Success Metrics Questioned in School Program Funded by Goldman is from The New York Times.

President Obama On Those Who “Want To Blow Up The System”

Catherine Blanche King: Why Education Should Not Function Like a Business is from Diane Ravtich’s blog.

Does Competition Help Schools? is a policy brief from Indiana University.

Again, I’m sure there are quite a few other excellent articles and post out there on this topic. Please let me know about them.

The Best Education “Year-In-Review” Round-Ups For 2016