We all are familiar with Bill Gates’ efforts to bring his business acumen to our nation’s schools, particularly by implementing new teacher evaluation programs.

Well, how has that worked out at his old business, Microsoft?

At the center of the cultural problems was a management system called “stack ranking.” Every current and former Microsoft employee I interviewed—every one—cited stack ranking as the most destructive process inside of Microsoft, something that drove out untold numbers of employees. The system—also referred to as “the performance model,” “the bell curve,” or just “the employee review”—has, with certain variations over the years, worked like this: every unit was forced to declare a certain percentage of employees as top performers, then good performers, then average, then below average, then poor. …

Read more about its destructive effects at Slate…. 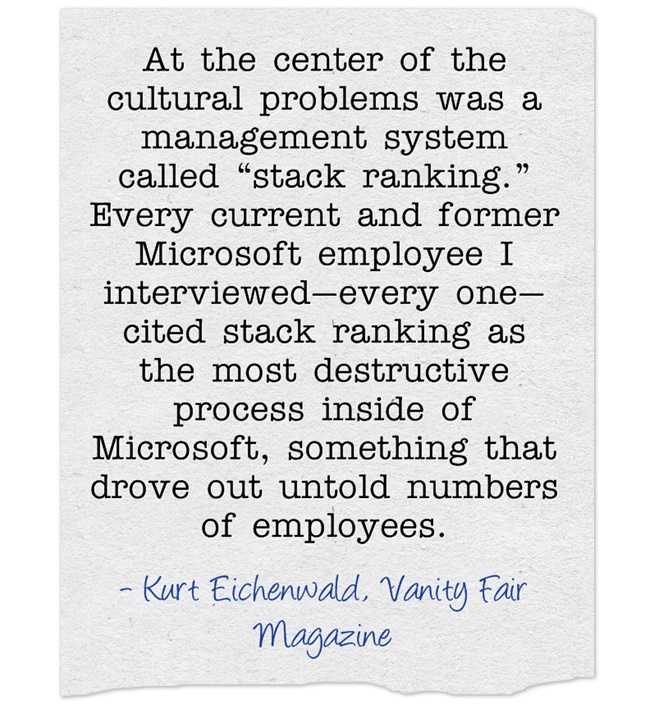 Teach For America & Baking “Bread In An Instant Without The Ovens”

Quote Of The Day: “The Sham & Shame Of Best Practices”