This Is Wild! Jimmy Fallon Debuts Another Great Game For English Language Learners 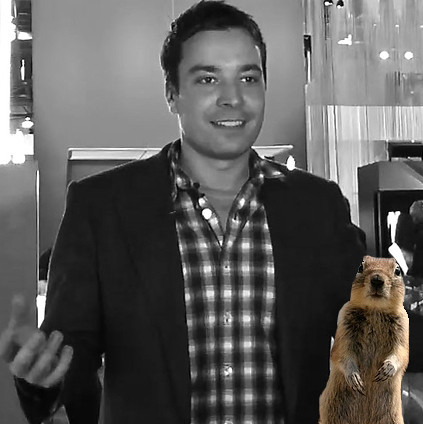 Who would have thought that Jimmy Fallon would be a great source of games for the English Language Learner classroom?

Over the past year, I’ve shared a number of the games he’s used on The Tonight Show and described how they would be perfect for ELLs.

Last night, he unveiled yet another one.

He calls it “Three-Word Stories.” In it, players have to tell a story three words at a time. Yes, these kinds of “chain” stories are common in our classrooms. But the intriguing piece that Fallon throws into the mix is that the goal — in addition to developing a fun and somewhat coherent narrative — is that the primary player has to try to get the other person to use a particular word in the course of the storytelling.

The video below shows how the game is played (be aware that it’s slightly off-color).

In order to have an entire class play at the same time, I would first divide the class into pairs, and each pair would get a small whiteboard, marker and eraser. I’d start off with three words (and the mystery word) in mind, and then give people thirty seconds (or more) to write three words continuing the story. If a pair had gotten the mystery word, then they would come up to start the game again with a new mystery word. If no one had gotten it, I’d pick one of the student three-words and continue the story, etc.

Let me know if you have other ideas how to adapt this game to the classroom!

I’m adding this post to The Best Ideas For Using Games In The ESL/EFL/ELL Classroom.

Choose Your Own Adventure With Protagonize