In the column, I took issue with a Seth Godin popular blog post where he basically said that if you have an idea you want to try, and it meets some resistance, you should just do it, “cause a ruckus and work things out later.” He ended his post with “I’m going. Come along if you like.”

I countered that with my community organizing experience and ended this way: 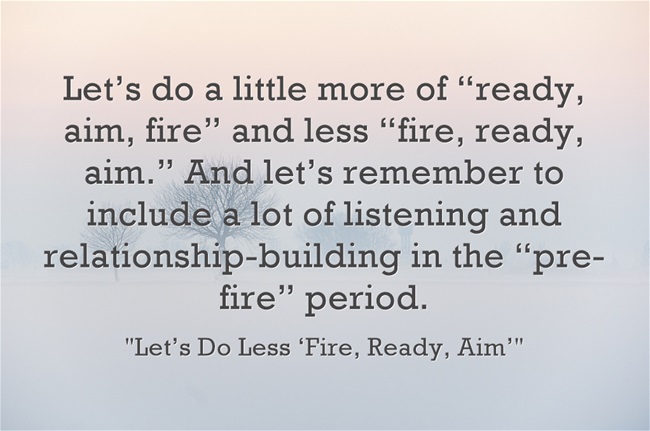