Everything You Wanted To Know About How We’re Using Virtual Reality With ELLs, But Were Afraid To Ask 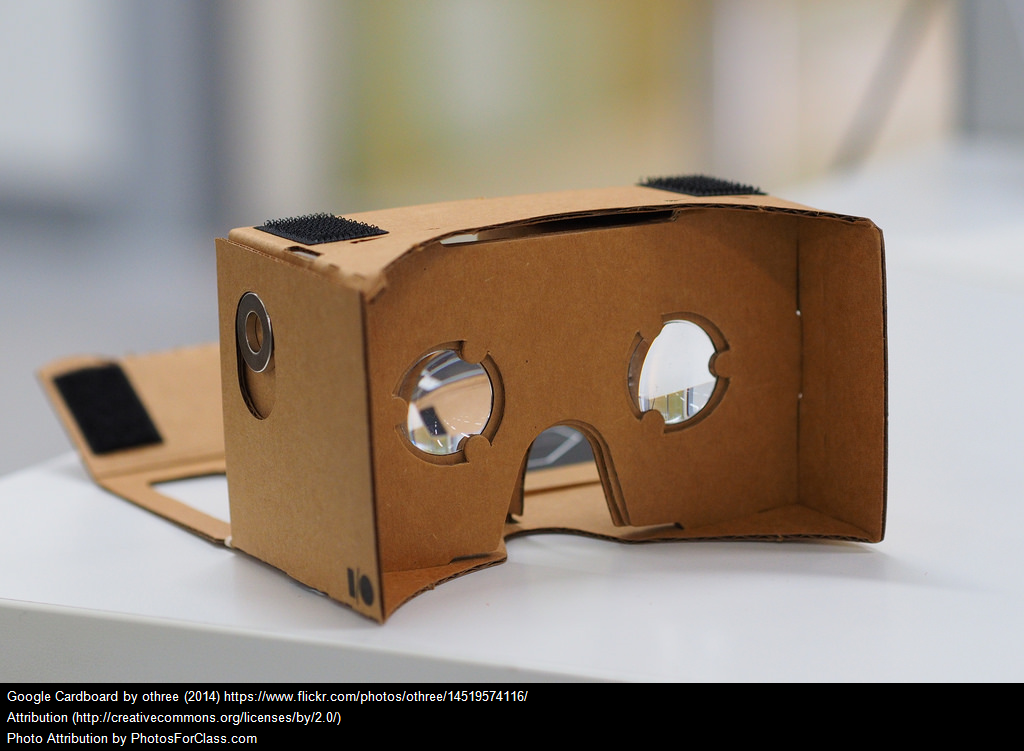 I’ve previously shared a bit about our experiments with virtual reality (see A Beginning List Of The Best Resources On Virtual Reality In Education).

Mary Stokke, a very talented student teacher, has “taken the ball and run with it” recently while she has taught a group of Intermediate English Language Learners (my classes are often comprised of multi-level ELLs and, when possible, student teachers work with small groups of them).

Note that she has some questions for readers at the end of the post.  Please contribute your responses in the comments section if you can help.

Mary Stokke Vides is a new English and Social Science teacher, studying at Sacramento State. She was union organizer for 8.5 years:

I have been working in Larry Ferlazzo’s Intermediate English class for seven months. It is a great opportunity to try out new methods and be creative, because it is a very small class (it started with three students and has grown to seven).  Larry purchased durable VR headsets months ago, and we attempted to view 360 videos with them, but had a poor wifi connection and frankly hadn’t yet put a lot of time into figuring out how using the headsets added value to our instruction.

Later this year, our school’s innovative Digital Media teacher John Hull lent us our school’s only RICOH Theta S 360 degree camera to help us create our own images. We have been excited for the potential of this technology and looking for opportunities to try it out (and not waste Larry’s money). I thought that a good chance to do this again would be in our Persuasive Essay unit, as VR lends itself to taking a perspective.

More than just a novelty, I have found 360 media to be a great way for students to build empathy by immersing themselves in someone else’s story, like the children of this mother who is in hiding to avoid deportation.

Below you will find descriptions of the lessons that I created, and some of the results. There are some challenges to making this technology accessible to students through school, so feedback from technically inclined readers in the comments would be greatly appreciated! 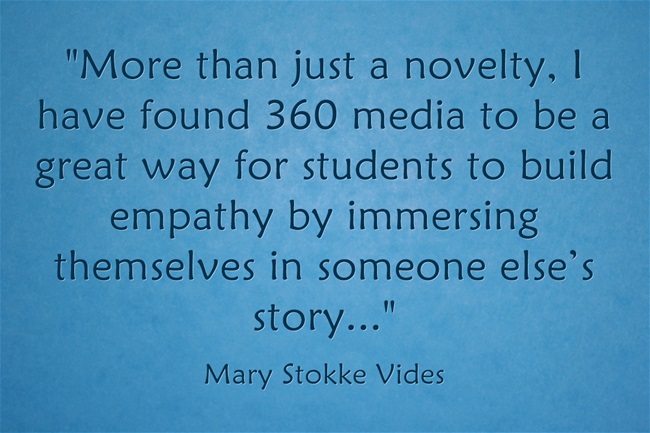 Results: Students enjoyed going outdoors to take photos. They debriefed their results as “good” or “so-so” because their pictures had an interesting background and people doing things, but as one student said, you don’t know what the people are doing, and some parts of the picture are blurry. If I did this again, I’d give students more specific prompts for the elements of the story they are trying to tell. Some words or captions would also be a good way to get students to write during this assignment, and make the purpose of the photo more clear to the audience.

Resources for viewing 360 photos and videos:

My English students read the book about a young teen who joins a gang, called “It Doesn’t Have to be This Way/No tiene que ser asi” by Luis J. Rodriguez.  After reading, they wrote a brief essay evaluating why some people say gangs have positive or negative consequences, and then explaining their own opinion about the consequences of joining gangs. I thought a great way to expand this lesson to give students chances to listen, speak, write, and collaborate was to figure out how to create 360 degree skits about questions related to gangs.

Here are two of the videos that they came up with:

If they look strange on your browser, you will have better luck viewing them on your phone through the YouTube app.

Results: Students were highly engaged in this activity. They were creative, and had fun. They were motivated to write the elements of their videos, plan their props, practice their acting, and help one another record.

Technical Practices for 360 photos and video

360 camera, Camera mount (we put it on a borrowed hard hat),VR viewer (for viewing the final product), and a smartphone.

A Look Back: The 13 Very Best Resources On This Blog