Depressing Statistic Of The Day: The U.S. Has World’s Highest Rate Of Children In Detention 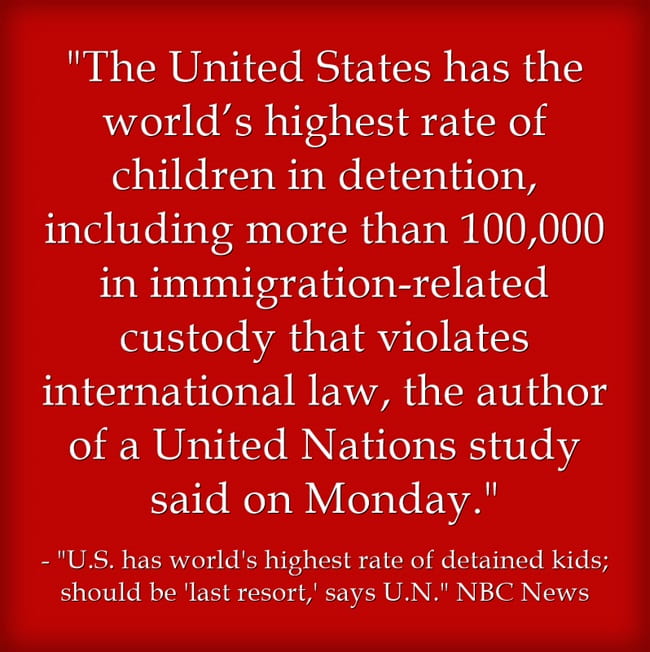 U.S. has world’s highest rate of detained kids; should be ‘last resort,’ says U.N. is a depressing article appearing at NBC News.

The United States detains an average of 60 out of every 100,000 children in its justice system or immigration-related custody, Nowak said, the world’s highest rate, followed by countries such as Bolivia, Botswana and Sri Lanka….The U.S. rate compared with an average of five per 100,000 in Western Europe and 14-15 in Canada, he said.