I’ve posted — and used — Google’s cool Ngram Viewer (see The Best Posts To Help Understand Google’s New “Books Ngram Viewer”). It lets you easily analyze “the 500 billion words contained in books published between 1500 and 2008 in English, French, Spanish, German, Chinese and Russian.” I’ve got plenty of examples at that “The Best…” list.

Now, some ingenious folks have applied the same concept to Supreme Court decisions and have created The Legal Language Explorer.

I’ve posted two examples below — each which took seconds to create. The first compares the words “separate” and “equal.” The second compares “inequality” and “equality.” Interestingly enough, both “equal” and “equality” peaked at about the same time — the early 1980’s. 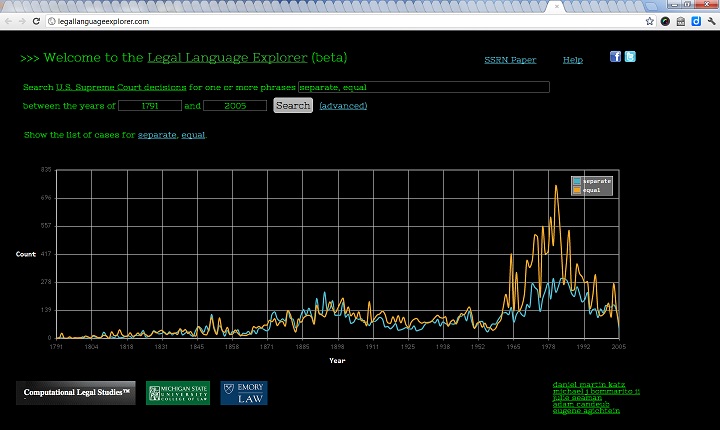 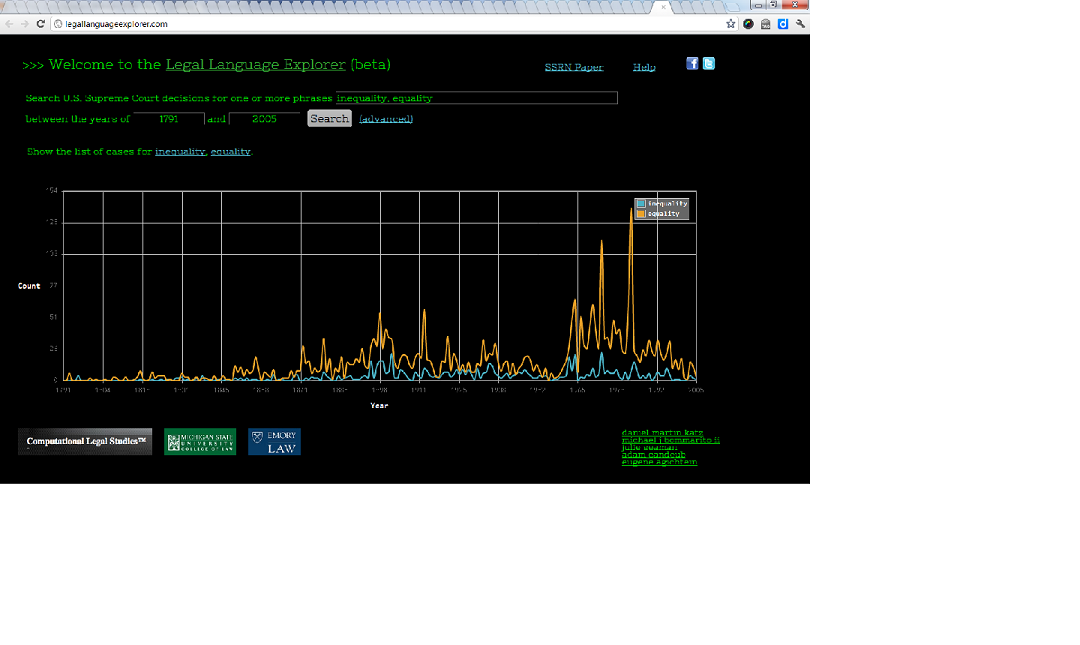