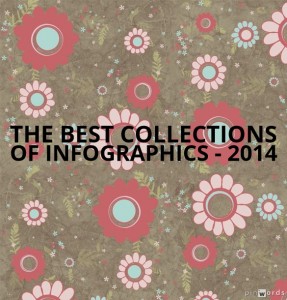 I still have to post my choices for The Best Infographics of 2014 but, in the meantime, lots of other people are publishing their own choices. So I thought I’d create a separate annual “Best” list of those collections (they also include some that try to explain the year in charts and infographics).

In addition to exploring these lists from others, you can check out my last from last year (which also includes links to those from previous years) — The Best Infographics Of 2013 – Part Two. You can also see A Collection Of “The Best…” Lists On Infographics.

Here are The Best Collections Of Infographics, Charts & Maps – 2014:

The Eighteen Best Infographics Of 2014 is from Fast Company/Co-Design.

Our Favorite Maps of the Year is from Wired.

The Best Data Visualization Projects of 2014 is from Flowing Data.

14 striking findings from 2014 is from Pew Research.

Four Charts That Defined the World in 2014 is from The New Yorker.

2014 The Year in Interactive Storytelling,Graphics and Multimedia is from The New York Times.

2014 in visual storytelling is from The Associated Press.

A Collection Of My Best Resources On Parent Engagement