In 2010, I published a piece headline Being ‘Transactional’ Versus Being ‘Transformational’ in Schools in The Huffington Post. 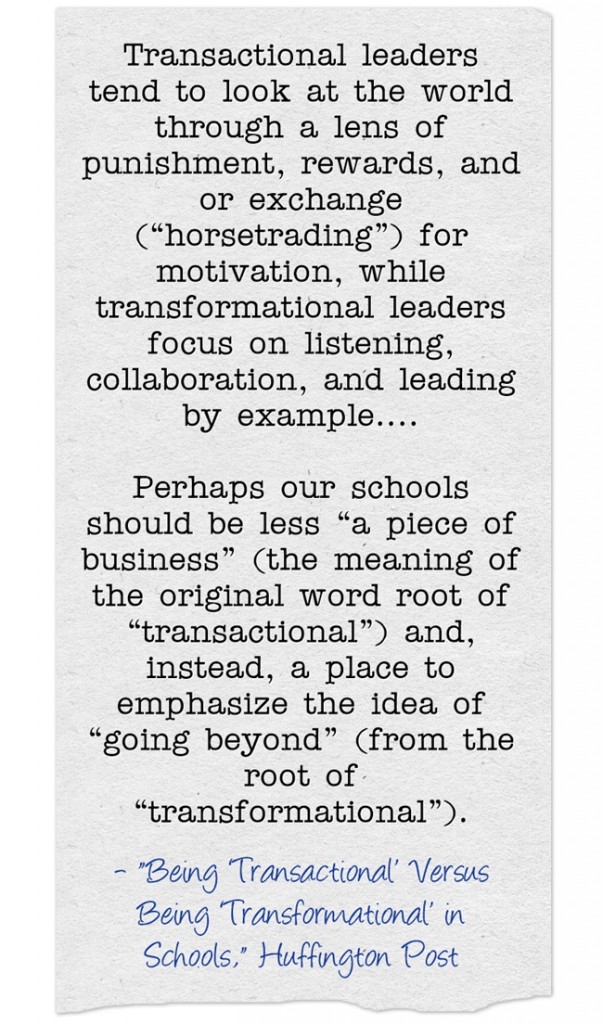 I think it still holds true today.  What do you think?

From The Archives: “Why we can’t all get along over school reform”